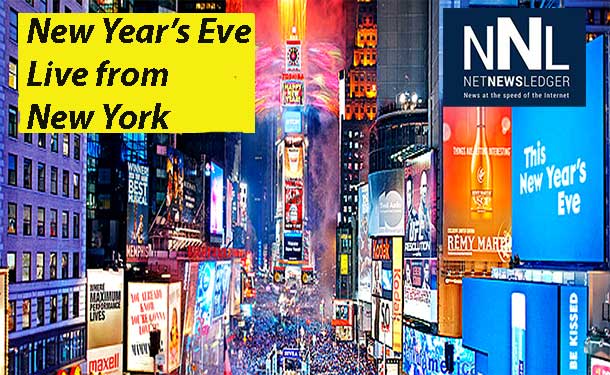 Join the World in New York for New Year’s!

This year, New Year’s Eve from Times Square will be online.

Every year as the clock nears midnight on December 31st, the eyes of the world turn once more to the dazzling lights and bustling energy of Times Square. Anticipation runs high. New Year’s Eve at the symbolic center of New York City has become more than just a celebration – it’s a global tradition.

What are you doing on New Year’s Eve?

The world holds its breath…and cheers as the clocks strike twelve.

As the famous New Year’s Eve Ball descends from the flagpole atop One Times Square, an estimated one million people in Times Square, millions nationwide and over a billion watching throughout the world are united in bidding a collective farewell to the departing year, and expressing our joy and hope for the year ahead.