NEW YORK – Television – Vikings is a Canadian/Irish co-production aired on History®. The series introduced in the spring of 2013 on HISTORY® introduced viewers to a clan of Norse warriors with a rapacious appetite for warfare, knowledge and power. Portraying life in the Dark ages, it showcases a world ruled by raiders and exploers, all through the eyes of Viking society.

The gripping family saga of Ragnar, Rollo, Lagertha, friends and enemies was a tale of brutality and passion, alliances and infidelities, infighting and death.

Heavy Price to Pay for Greatness

The epic tale continues in 10 all-new episodes of VIKINGS, premiering Thursday, February 27 at 10 p.m. ET/PT on HISTORY®. The hit scripted drama series centers on Ragnar (Travis Fimmel), a restless young warrior and family man who longs to find and conquer new lands across the sea and claim the spoils as his own. Now he is an Earl, allied with King Horrik (Donal Logue). With more power than ever before, his desire to sail west and explore new kingdoms remains unquenchable.

Yet there’s a heavy price to pay for Ragnar’s ascent to greatness. Season two brings crises of faith, of power, of relationships. Brothers rise up against one another. Loyalties shift from friend to foe, and unlikely alliances are formed in the name of supremacy. Ragnar’s indiscretions threaten his marriage to Lagertha (Katheryn Winnick), tearing him and his beloved son apart. Plots are hatched, scores are settled, blood is spilled…all under the watchful eyes of the gods.

VIKINGS is an international Irish/Canadian co-production being co-produced by World 2000 and Take 5 Productions. HISTORY broadcasts domestically in the U.S.  MGM Television brought the series to the network and brings VIKINGS to the global audience, serving as the international distributor outside of Ireland, Canada and the U.S. VIKINGS is produced in association with Shaw Media, and the series also airs on HISTORY in Canada. 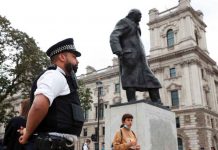 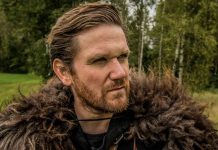 Did Thunder Bay Used to Have Vikings?