THUNDER BAY – The Boxing Day sales are here! Across Canada, people are up early, in some cases bundled up and lined up trying to get deals. While Boxing Day started as day when servants in Great Britain were given a Christmas box from their employers, today it is traditionally a day for recovering from too much turkey and getting great deals on televisions.

Boxing Day is traditionally the day following Christmas Day, when servants and tradesmen would receive gifts, known as a “Christmas box”, from their bosses or employers. Today, Boxing Day is the bank holiday that generally takes place on 26 December. It is observed in the United Kingdom, Canada, Hong Kong, Australia,New Zealand, South Africa and some other Commonwealth nations.

The idea of a Bank Holiday is not a common term in Canada. It means the banks are closed.

A Return to Sports

For many people Boxing Day also means sports. With all the major sports leagues, except the National Basketball Association (NBA) taking both Christmas Eve and Christmas Day off, December 26th marks the return of sports in full.

In some areas of Canada, particularly in Atlantic Canada and parts of Northern Ontario (including Sault Ste. Marie and Sudbury), most retailers are prohibited from opening on Boxing Day, either by provincial law or municipal bylaw, or instead by informal agreement among major retailers in order to provide a day of relaxation following Christmas Day. In these areas, sales otherwise scheduled for 26 December are moved to the 27th. 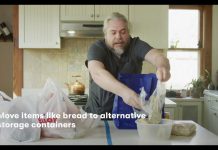