CALGARY – A Blizzard Warning is in effect for much of southern and central Alberta. Environment Canada reports, “An intense winter storm which began in Northwestern Alberta on Saturday will continue to affect most of Central and Southern Alberta. General amounts of 15 to 25 centimetres of snow is expected to fall in most areas by Tuesday morning. Higher accumulations, however, can be expected in parts of the foothills. In Pincher Creek 40 cm of snow has already been reported, with more on the way tonight. The snowfall will gradually taper off from the north during the day Tuesday”.

Alberta Transportation has closed Highway 1 from Stoney Trail in Calgary to Highway 36 near Brooks for an undetermined length of time due to the weather and road conditions.
Highway may not open until morning.
At this time motorists are asked to find shelter in a safe location or in their vehicle.    Be prepared to spend the night.

In addition strong northerly winds have developed giving reduced visibilities in blowing snow over open areas and along Major Highways. The worst conditions have been observed along a line from Red Deer, south to Lethbridge and east to Strathmore. Reports of strong northerly winds of 50 gusting to 80 km/h and visibilities near zero at times have been widespread in these areas. Blizzard conditions are expected to gradually improve from the north beginning this evening in Red Deer and by Tuesday morning for areas near the American Border.

Further east, near the Saskatchewan border, heavy snow will continue tonight. Blowing snow with visibilities less than a kilometre will develop this evening as the winds increase. However widespread blizzard conditions are no longer expected in these areas.

Roads across Alberta are barely passable. The RCMP are reporting that many areas are simply not in any condition for driving. Due to the severe weather conditions, emergency crews may not be able to reach all stranded motorists on the highway.

Strathmore RCMP are continuing to deal with a multi-vehicle collision  involving multiple transport trucks and various other vehicles on Highway 1 west bound near Highway 21 approximately 12 km east of Strathmore.
Attempts to clear vehicles from the highway are ongoing, however weather conditions are severely delaying efforts of towing companies and emergency crews.
Currently Highway 1 Westbound at Highway 21 remains impassible and the remainder of highways in the area are in poor winter driving conditions. 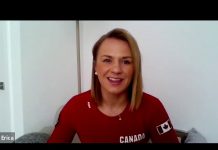