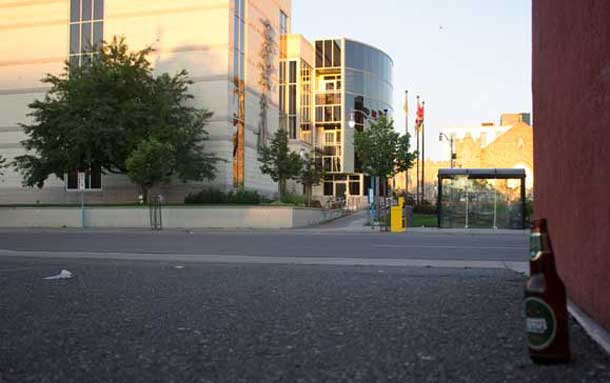 The message is that while things in the city are better, that there is real work to be done and that there are potential storm clouds on the horizon.

In other words it is time to focus on the really important issues.

As Council dragged on last night, one theme has become a common thread to the past several Council meetings. That theme is there is an election next year.

Time after time on issue after issue Councillors said, “I wasn’t going to talk about this but…”

If that statement were made on issues that would improve the job market, improve the business climate, reduce crime, lower taxes, improve services, or generate a more positive economic climate, it would be fantastic to hear.

Increasingly, it appears that Council has been following down a path that heads off in too many diverse directions.

Over the term of this Council it has been a little difficult for editorializing on the efforts of the team elected to represent the city’s best interests. Several of the decisions, like hacking down an old growth maple were made by the previous Council… I digress.

However last night after a long meeting, Council was busy spending time deciding to spend $8,500 to chop down some tamarack trees.Ignoring the dollars, ignoring the fact that the homeowner had withdrawn the request to have the trees removed, and ignoring the precedent they were setting, Council voted to take down the trees.

It is very likely now that many other homeowners and property owners will follow suit and seek to have the city take down remove problem trees.

What Council seems to be missing are the clouds on the horizon.

So what should Council be focusing on?

First and foremost, work on the poverty issue and the employment issue. The best way to do that is to foster a goal of making it possible for every person in Thunder Bay who wants a job to be able to get a job. Employment is one of the cornerstones to a healthy economy.

Making Thunder Bay the “Jobs City” in Ontario should be the goal of City Council. Those jobs should however not be at City Hall, those jobs should be making something. Making money makes our economy better. It also would provide Council with the tools, read dollars, to solve other issues.

Leaving sidewalks in our downtown core areas a slippery mess sends the message Thunder Bay is closed to small business. Last night Council was told there are hundreds of new small businesses that have started in the city. Supporting small business should be a major shift of focus for the city.

Next, Council must take the time to focus on the crime issue in our city. The overall statistics are showing Thunder Bay as a safer city. However most residents are not feeling safer. An epidemic of break and enters in the city over recent weeks have many business owners feeling the economic impact of having to replace broken glass, and upgrade their alarm systems. That is likely going to hamper the ability of those businesses to expand or hire new people.

The Mayor ran and won office on a campaign to make Thunder Bay a safer city. When the report card, read next civic election campaign, on community safety comes in, Mayor Hobbs is likely a ‘C’ or ‘D’ on that promise.

Thunder Bay has an issue with alcohol and drugs. It is time for faster action on those fronts.

Next, it is time for action not words on setting the direction.

Last night, a request from the committee who are bringing the PGA Canada Tour came before Council. One of the concerns expressed was “Are we tying the hands of future Councils?” if the City steps up to support the group.

Council does that with each and every vote they cast. It is nothing new. It is however a sign that the 2014 election campaign is already underway.

Setting directions needs to be something this Council invests in. Otherwise it is likely by this time next year, voters will be electing a lot of new faces to sit in the seats that are currently being occupied by several Councillors.

Things in Thunder Bay are improving. Lots more can be done. Council’s real job is making sure the overall environment for a better city comes sooner, not later.