THUNDER BAY – Entertainment – Over 16 million people lived by watching ‘The Walking Dead‘? The popular AMC series is attracting a ton of attention.  The Walking Dead even sacked NFL football. AMC reports, the first episode of the news season was the “#1 telecast in adults 18-49, outperforming all programs including primetime NFL football”.

For the first time since the end of July, AMC’s Breaking Bad is no longer in the #1 spot on TOMAmeter. However, another AMC program is reaping the benefits. The Walking Dead has moved from #4 to #1 this week, likely due to anticipation over its premiere on Sunday, which set new ratings records. This pushes Breaking Bad down a spot to #2.

ABC’s Scandal saw the largest jump in the standings this week, moving up 6 places to #7. NBC’s The Michael J. Fox Show has fallen to #16, down 9 spots from last week’s rankings. Other new fall programs such as Fox’s Sleepy Hollow (#3), NBC’s The Blacklist (#6) and ABC’s Marvel’s Agents of S.H.I.E.L.D. (up 1 spot to #8) have remained firmly entrenched in the Top 10.

The Dead Have Never Been More Alive

The season four premiere was watched by 16.1 million total viewers and 10.4 million adults aged 18-49. AMC states, “The ratings confirm The Walking Dead continues to be the #1 show on all of television among the coveted 18-49 demographic. 2013/14 season to date, last night’s premiere ranks as the #1 telecast in adults 18-49, outperforming all programs including primetime NFL football. With time-shifted playback, last night’s premiere should exceed 20 million viewers”.

“Sincere thanks to the fans, who have welcomed The Walking Dead back for its fourth season with the highest-rated episode in the show’s history,” said AMC President Charlie Collier. “We could not be more proud of this show and everyone on both sides of the camera who work so hard to give life to this story of character, leadership and survival. It starts with series creator, writer and executive producer Robert Kirkman, show runner and executive producer Scott Gimple and the director of last night’s episode (and the man behind the make-up) executive producer Greg Nicotero, their fellow executive producers and an extraordinary cast and crew who are giving their all every day. So clearly, thanks to them, the dead have never been more alive.” 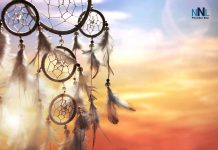