THUNDER BAY – Police Officers in Thunder Bay were earning their pay over the past twenty-four hours. A uniformed officer ended up in hospital overnight with a leg injury. The officer was arresting a forty-seven year old suspect on May Street early this morning. The suspect resisted arrest. The officer was injured.

The suspect now faces charges of resisting arrest in addition to breach of recognizance.

In another incident, on Algoma Street, again just after midnight, a uniformed officer ended up with injuries to his face that required a trip to the Thunder Bay Regional Health Sciences Centre where he was stitched up. That officer was able to return to active duty after treatment.

Police over the past twenty-four hours responded to 220 calls for service. Those calls included the suspicious death of a woman on Archibald Street. Police have not released any further details to the public.

Officers responded to one weapons offence, and nine assaults, plus one sexual assault.

Topping the list again were calls related to alcohol. There were 31 calls for service that were alcohol related. In addition there were five domestic assault cases.

A break and enter on Victoria Avenue East saw Crafter’s Corner left with a smashed door. The consignment craft shop offers some really amazing locally made crafts. The damage to the door will hurt the local business. Police responded to the incident at 11:51PM EDT.

There have been a number of break and enter incidents in recent days across the city. 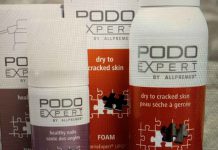