THUNDER BAY – The Chiefs of Ontario recognize the efforts of First Nation representatives and the Ontario Ministry of the Attorney General in moving forward on the implementation of the recommendations set forth in the report issued by the Honourable Frank Iacobucci. The Iacobucci Report acknowledges the lack of inclusion of First Nations people on jury rolls. Both the Ministry of the Attorney General and the Nishnawbe Aski Nation, in their roles as Co-Chairs, have worked in partnership to ensure the creation of the Implementation Committee. Eleven representatives from all areas of the province will oversee the implementation of the recommendations that are specific to juries. Their first meeting was held today in Toronto. 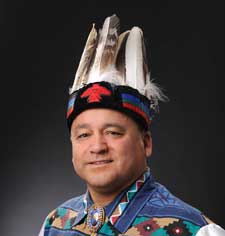 The Chiefs of Ontario emphasize the importance of First Nations’ full and equal participation in this process from beginning to end. “This will be necessary in order to bring remedy to all affected First Nations across Ontario, who continue to be largely overrepresented in the Ontario justice system yet underrepresented on Ontario juries,” stated Acting Regional Chief Patrick Madahbee, also Grand Council Chief of the Anishinabek Nation.

The Acting Regional Chief underscored that it is essential that all participating parties maintain a high level of respect, fairness and transparency in the process and that First Nations support the development of meaningful and continuing remedial measures in an effort to achieve equity and justice for First Nations. “It is our view that in light of the overarching notion of reconciliation, governments have an obligation to work with us to build respectful and transparent partnerships which produce equitable and tangible results,” said Acting Regional Chief Madahbee. “We are not interested in processes that are public relations ploys for the provincial government; we want genuine progress and fairness.”

On August 11, 2011, the Government of Ontario provided direction to The Honourable Frank Iacobucci to carry out an Independent Review with the direction “to ensure and enhance the representation of First Nations persons living on reserve communities on the jury roll” and “to strengthen the understanding, cooperation and relationship between the Ministry of the Attorney General and First Nations on this issue.” The Chiefs of Ontario looks forward to supporting First Nations in their work with the Ministry of the Attorney General in achieving the spirit and intent of the Independent Review into the under representation of First Nations on Ontario juries. 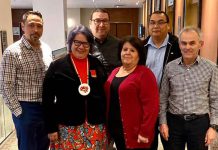