As a co-founder of the project, TMX Group has provided vital talent, advice and financial support to SVX since the concept was first developed. Six years in the making, SVX amassed a cross-sectoral group of expert advisors with decades of experience in mainstream capital markets and securities law and regulations, and engaged in meticulous market research in an effort to understand barriers and opportunities.

MaRS is set up to help and assist entrepreneurship.

In a media release, the Ontario Government shares how the province has enhanced the social enterprise industry in Ontario:

By launching the new SVX, Ontario is positioning itself to become the leading place in North America for social enterprise. The province is also creating a strong business climate, one of the three pillars of the government’s economic plan for jobs and growth. 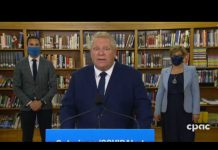