THUNDER BAY – Andrea Horwath spoke with the media after her speech to the New Democrat Northern Council. At the top of the questions was energy issues, including the OPG Power Plant in Thunder Bay.

Horwath says that the Liberals treat Northerners with disrespect on a number of issues including the Green Energy Act.

On the issue of mining, and the Ring of Fire, the New Democrat leader complained about the Liberal policy that would see jobs for the province likely shipped out of Ontario.

On the Green Energy Act, Horwath said that the policy was good in principle but that the “Liberals created the legislation to make good news headlines, not good energy policy”.

“They wanted something to put on their election flyers,” stated Horwath.

The New Democrats are not looking to force an election. Horwath commented that there has been “A lot of sabre rattling from the Premier lately”.

The issue of the capacity at the Thunder Bay Regional Health Sciences Centre was raised. Horwath says that there is a lot of things that should have been done and remain undone.

The key according to the New Democrats is to put more money into funding healthcare and not into funding Liberal seat saver programs. 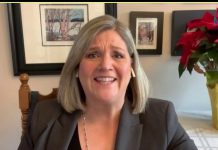 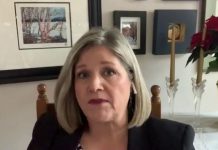 NDP Calls for Changes to COVID-19 Health Guidelines and Restrictions