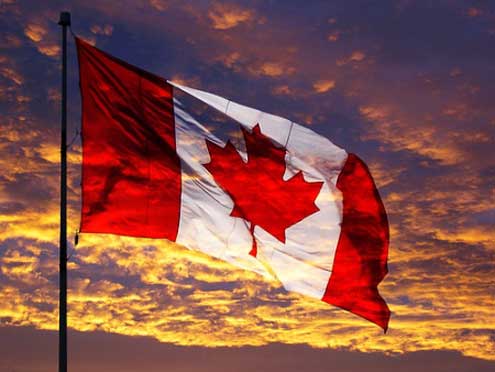 Ontario Needs to Connect the Dots

THUNDER BAY – Op-Ed – Successive governments in Ontario have not been able to connect the dots and realize that the future of resource development and extractive industries in Ontario must be based not only on sound and constructive consultation policies and practises, but also on a commitment to build capacity within Aboriginal communities and share in the revenues created by these developments.  But if past history in Ontario is any indication, the future is not promising.

[sws_pullquote_left]In my last column I addressed the issue of how the Ontario Government, with its legacy and litany of failed relationships with the province’s First Peoples, was a “have not” province. [/sws_pullquote_left] For the past four months, I have been working with some very dedicated professionals who comprise the Land and Resources department of my wife’s community of Pic Mobert First Nation.

We have been compiling a cumulative environmental effects assessment for the upcoming federal-provincial hearings respecting the application of mining giant Stillwater Canada to create a series of open pit mines within the traditional territory that Pic Mobert has shared with other Aboriginal communities for hundreds of years. Located within the 1850 Robinson-Superior Treaty area, the reserve lands are located north of Puskaskwa National Park and are adjacent to White Lake Provincial Park. The ancestors of current day community members sustained themselves physically, culturally and spiritually by hunting and harvesting the bounty of the vast lands and waters of their traditional territory with community members travelling far afield in the process.

In using Aboriginal Traditional Knowledge as a primary source of information for the assessment, it very quickly becomes clear that the dominant theme weaving its way throughout the history of Pic Mobert First Nation has been one of the relentless and unceasing dispossession of its traditional lands by external forces. Through the process of “galloping incrementalism” the traditional territory of the Pic Mobert Ojibwe has been subjected to every form of incursion from the free grants of generous right-of-ways given to the Canadian Pacific and National Railways, the Trans-Canada highway, all manner of  Crown forestry leases and their attendant roads and bush trails, an invasion of speculators and prospectors looking for the next silver lining, and the crowning triumph – the alienation of Aboriginal traditional lands through the creation of thousands of square kilometres of “protected spaces,” most prominent among them White Lake Provincial and Pukaskwa National Parks. All of this without consultation let alone free and informed consent.

The principle of free and informed consent is now championed in an internationally recognized agreement. Now that Canada has finally signed The United Nations Declaration on the Rights of Indigenous Peoples, the federal government commits itself and Canadian jurisdictions to fulfill its the spirit and intent. Never mind that Canada originally embarrassed itself by opposing the Declaration for five years – having joined forces in their opposition to the Declaration with such auspicious human rights champions as the Russian Federation, Colombia and Azerbaijan.

Dragged screaming and kicking to the signature table in 2012, Canada finally joins the other 144 countries in the world bound by the tenets of this Declaration. A July 2013 extract from the report of the United Nations Special Rapporteur, James Anaya on the Rights of Indigenous Peoples, sums up the responsibility of signatory states quite succinctly:  “The Declaration and various other international sources of authority . . . lead to a general rule that extractive activities should not take place within the territories of indigenous peoples without their free, prior and informed consent. Indigenous peoples’ territories include lands that are in some form titled or reserved to them by the State, . . . , or other areas that are of cultural or religious significance to them or in which they traditionally have access to resources that are important to their physical well-being or cultural practices (italic emphasis my own).

Armed with this new international tool and with a raft of decisions from Canada’s senior law courts, the future of resource extraction in Canada is going to be done in a whole new way and never again

Peter Globensky is a former senior policy advisor on Aboriginal Affairs in the Office of the Prime Minister and recently retired as CEO of the Canadian Council of Ministers of the Environment. He invites comments on his columns at basa1@shaw.ca