THUNDER BAY – Business- Tbaytel has been recognized and rewarded for innovation and creativity. The Thunder Bay based Tbaytel has been named the recipient of the 2013 Canadian Cable Systems Alliance (CCSA) Community Channel Award in innovation for NextBus and Flight Status –  two of Tbaytel’s local content digital TV apps.

Tbaytel is also being recognized with the donation of a $1, 000 cash prize to benefit Children’s Wish Thunder Bay.

“Tbaytel’s digital TV service offers quality programming with local content designed in-house specifically for our subscribers,” stated Kevin Burns, Tbaytel’s VP of strategy and customer solutions. “We are absolutely thrilled that two of Tbaytel’s digital TV apps that focus on relevant local content are being recognized for their innovation and ingenuity not only on a national scale, but with a donation that will benefit deserving children in our own community as well.”

2013 marks the 20th anniversary of the CCSA’s annual CONNECT conference and is the first year the Community Channel Awards are taking place. Open to all CCSA member companies, the awards recognize excellence in community-produced series, programs or creative development in five categories including sports, public affairs, general interest, innovation and best billboard service.

Tbaytel will present the prize donation to Children’s Wish Thunder Bay at the charity’s 22nd annual golf tournament, which takes place on Sept. 5, 2013, and raises money each year to help grant wishes for children who have been diagnosed with life-threatening illnesses.

“Our goal at Children’s Wish is to make the lives of children better by never having to turn down a single child’s wish,” says Children’s Wish Thunder Bay spokesperson Andrew Coffee. “We depend on the generous support of our volunteers, individual donors and corporate sponsors and it is support from initiatives like the CCSA award that can go such a long way towards improving the lives of children right here in northwestern Ontario.”

Tbaytel will join CCSA members as well as other Community Channel Awards winners to accept the award for innovation on Sept. 23, 2013 at the annual CONNECT conference in Mont Tremblant, Que. 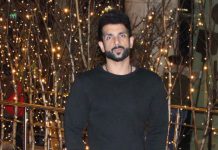