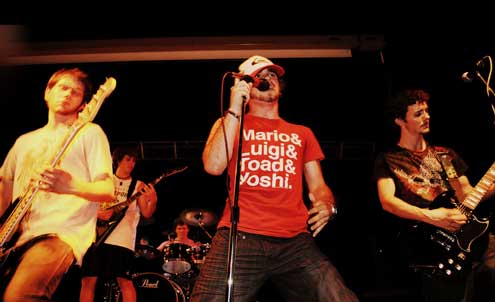 THUNDER BAY – The music scene, especially for up and coming acts is going to be seriously impacted in Canada. Jimmy Wiggins states, “You’re going to see less and less international artists coming to Thunder Bay. Some of these acts could be the ones who inspire local people to pick up a guitar, learn to play, start a band, write an album of their own, etc. And if the US follows suit, small time Canadian bands will never tour the states. It’s a huge blow to the underground Canadian music scene”.

The federal government is putting in place new costs for international music acts to come to Canada. An additional $275.00 fee has been added by the Canadian Government to the application for international artists to enter and perform within Canada.

The costs will likely hit the Thunder Bay Bluesfest, Festa Italiana, and concerts at Fort William Historical Park, as well as the local concert scene.

This additional $275.00 fee – applications previously were a one time fee of $150.00, and now total $425 per band member  is now required to be paid by talent buyers in Canada when aiming to host an international touring artist.

Proponents of promoting shows in local bars and clubs across the country are saying “This will inevitably cripple small music venues and small business talent buyers”.

The cost increase will also likely add a little more to the fees for larger bands and musicians.

An online petition seeking to change this ruling has started. The initial goal was getting 5000 signatures. Within hours 15,000 people signed on.

Visit the Petition to offer your comments.