THUNDER BAY – Healthbeat – To advance Aboriginal Health in 2012-2013, the number one priority was connecting with Aboriginal partners and representatives. Carmen Blais, who filled the new position of Aboriginal Engagement Lead and Patient Advocate in September 2012, expanded the Aboriginal Advisory Committee from fewer than 10 members to 23. “Improving Aboriginal Health is a complex task that has to start with engagement,” Blais said. “It’s important to get as many people to the table as possible so we understand where we need to improve, and how best to bring about that change.”

Early in the process, members were asked to volunteer to advance the goals outlined in the Strategic Plan 2015. Committee member and elder Abe Kakepetum chose to be involved with helping establish an environment that is more welcoming to Aboriginal patients and families. He said that language is one obvious barrier for patients who do not speak English. It’s important to find interpreters who understand medical conditions so that they can explain it to the patient properly.

There are other cultural differences that can have an impact on care. For example, it’s traditional for family and the community to gather on the passing of one of its members, something that can conflict with TBRHSC policies in certain units. Providing traditional foods, especially to elderly patients, can help too. Kakepetum said he wants to help remove all barriers to healthcare for Aboriginal patients.

“If you don’t have a program like this, there can be a lot of misunderstanding on both sides,” Kakepetum said. “[TBRHSC physicians and staff] have their ways for making a person feel comfortable, but at the same time, we have different values in some areas.”

To better understand these values and as part of the engagement piece, TBRHSC senior management travelled to the Sioux Lookout Meno Ya Win Health Centre, which serves a patient population of 85% First Nations, to learn how the facility approaches cultural sensitivity and awareness. This includes decorating with traditional Aboriginal artwork, making traditional foods available to inpatients and in the cafeteria, and other ideas that could be used at the TBRHSC.

One strategy already put into action in 2012 is the Cultural Safety Training session for new employees. Provided during orientation, this helps staff become more aware that there can be differences between all cultures.

“Although we have a long way to go, I’m incredibly happy with the progress we’ve made so far,” Blais said. “We will continue to build on our successes so that we meet all of our goals by 2015.” 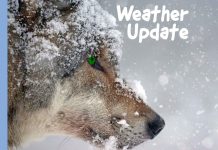