47 Million More People Fishing in US

ALEXANDRIA VA – Showing a resurgence in one of the United States favorite pastimes, the number of Americans who go fishing is up, with more than 47 million people participating in 2012. Adding to the 42.5 million who are current or occasional anglers, more than 4.5 million first-timers tried fishing last year, a significant increase from 2011 and the highest number of new participants ever recorded.

The increased numbers of new fishers could be positive news for Northwestern Ontario fishing outfitters. Some of the best fishing in the world, especially for walleye, Northern Pike, and Lake Trout can be found near Thunder Bay, Dryden, Kenora, and within a few hours from the major communities in the region.

Outfitters seeking to reach the new fishing enthusiasts will likely find that new approaches may be needed as well. Youth and women for example are likely to use the Internet and social media like Facebook more than the traditional customers who they might currently have.

Additionally, there will likely be more special needs for new women fishers too.

The 2013 Special Report on Fishing and Boating just released by the Recreational Boating & Fishing Foundation (RBFF) and The Outdoor Foundation also shows significant increases in fishing participation among women and children.

“Fishing and boating are among the most important ‘gateway’ activities that often lead people, especially youth, to pursue other recreation experiences,” said Christine Fanning, Executive Director of the Outdoor Foundation. “We’re thrilled to partner, once again, with the Recreational Boating & Fishing Foundation on this important research project.”

The full study is available online at TakeMeFishing.org/Corporate. 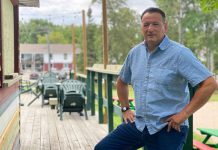 The Feast of Seven Fishes

Are You Eating Enough Fish?