THUNDER BAY – Crimebeat – Thunder Bay Police have made an arrest in a robbery of a Mac’s Convenience Store.  Thunder Bay Police report that a twenty-eight-year old Thunder Bay man was arrested yesterday. Michael Allan Hardy faces charges in the incident that happened over the Civic Holiday Weekend.

Hardy was charged with Robbery in connection with an August 2, 2013 incident at the Mac’s store at 745 Simpson Street. On August 2nd at approximately 21:30EDT, Police allege the accused entered the store armed with a syringe.  The accused made off with a small sum of money.  There were no injuries to staff or customers in the Mac’s store.

Hardy was arrested without incident at approximately 12:30EDT August 6thon the sidewalk in the 500 block of Victoria Avenue East.  Hardy is being held in custody and has a future court date.

Mac’s Crime Busters was out early on the weekend helping get the word out and sharing the images from their in-store cameras. 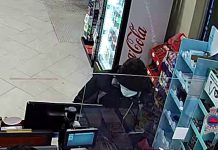 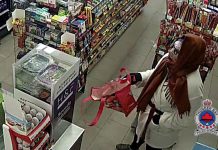