Solutions include a Safe Injection Site

THUNDER BAY – Editorial – An safe injection site is a controversial issue. To many so too is the idea of a needle exchange. In Thunder Bay 800,000 needles are supplied annually to addicts. The cost of the program is said to save move money in the long term in the healthcare system as we are not treating people with Hepatitis C, Aids and other diseases that come from sharing of needles.

The program protects addicts. The cost of syringes, at a cost about $50 per hundred, means the cost of the syringes being handed out would be about $16,000 annually. There is the cost of distribution and administration of the program. Those costs are likely low enough to make a solid argument for the cost savings.

Robberies with Syringes as Weapons

In the past thirty-six hours, two robberies have happened in Thunder Bay where a syringe has been used as the weapon.

In the middle picture of the robbery suspect in the August 2nd robbery of the Mac’s Convenience Store on Simpson Street you can see the syringe in the suspect’s hand.

The safety offered by the needle exchange program is there, and while a short walk in the downtown south core saw about 120 discarded syringes. There are over 2,100 syringes handed out daily in our city. The ones being discarded show up.

If you call Superior Points, who operate from Monday through Friday – 11am to 4pm and 5pm to 8pm;

The discarded syringes will be picked up fairly quickly. Weekends however for business owners, and visitors to the downtown, the service is not operating.

Perhaps part of the problem is that there are needles discarded by addicts all over downtown Fort William. Not thousands at a time, but over time thousands of needles are left on our downtown streets.

Some are advocating that what is needed is a safe injection site. That has possibilities if it were staffed by councillors who could help guide addicts who might wish to get off of drugs to programs to do that. There are needed steps that must be taken however first, Thunder Bay would need to boost the availability of treatment programs in our city.

A short term solution would be simple. Instead of packing all the packages of syringes with twenty, there should be smaller packages made available. Perhaps two to four. One idea expressed was adopting a ‘Don’t Ask Don’t Tell’ policy when it comes to handing out syringes. It is certainly obvious that a person getting syringes from the needle exchange is going to be using them to inject drugs. Handing out smaller numbers of syringes in many cases, would likely solve the problem around the downtown Fort William Business District.

The longer term solutions will take all three levels of government, civic, provincial and federal to work together. What is needed in addition to addiction treatment programs, are more programs to prevent people from getting trapped in that pathway in the first place.

Thunder Bay is doing work on those areas. Investments in Youth Centres, and programming will be very positive.

Thunder Bay Police are, for the most part in the role of serving as frontline social workers to deal with many aspects of Thunder Bay’s addiction issues. That is not the best use of highly paid police officers. It is also expensive for taxpayers because police see things from a perspective often of laying charges.

Fixing problems takes solutions that will work. The problems are obvious to many. The right solutions will build a better Thunder Bay. 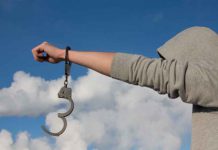 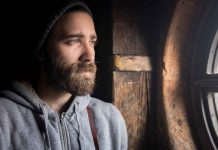 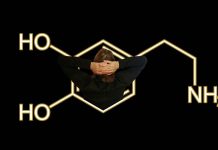