CALGARY – Drinking and driving never makes sense. On August 3rd, 2013 at 9:33AM MDT, Sylvan Lake RCMP along with the Sylvan Lake Fire Department and Associated Ambulance attended the scene of a three vehicle collision on Highway 11 just west of RR 15 (approximately 1 mile west of Sylvan Lake). At the scene, police discovered a Jeep Liberty upside down in the ditch on the north side of the road. On the south shoulder of the road was a heavily damaged GMC pickup truck. The RCMP investigation determined the east bound GMC crossed the center line on the highway and collided with the west bound Jeep.

The driver and lone occupant of the Jeep, an 80 year old female from Red Deer was injured and transported by EMS to the Red Deer Regional Hospital. She has since been released from the hospital.

The driver of the truck, 35 year old Anthony Richard Watts from Red Deer was not injured.

However, Watts has been charged with Dangerous Driving Causing Bodily Harm as well as Transporting Liquor in an Open Container.

Watts has since been released from custody on bail by a Justice of the Peace and will have to appear in Red Deer Provincial Court on August 23, 2013.

The third involved vehicle had been following the Jeep and was struck by debris from the truck after the initial collision. No injuries reported from the occupants of this vehicle.

Highway 11 in both directions was re-routed for approximately 2 hours during the investigation.

RCMP state that alcohol was a factor in this collision. 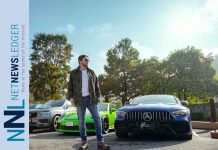