SEOUL – KOREA – The Korean War happened sixty years ago. The Anniversary is being marked with remembrance. Often called the ‘forgotten war’ the Korean War ended with both sides calling a seize fire and a de-militarized zone declared at the 38th Parallel in the Korean peninsula.

Julian Fantino, Minister of Veterans Affairs, Senator Yonah Martin and Canadian Korean War Veterans unveiled a new Canadian monument dedicated to the Canadian Armed Forces personnel who fought during the Korean War and to those who served after the Armistice between 1953 and 1957.

“While the horrors and hardships of the Korean War may seem distant, the legacy of our Canadian Veterans remains strong in the form of a free, democratic and prosperous Korea,” said Minister Fantino. “We will not forget the service and sacrifices of these brave Canadians and, in their honour, our government is proud to present this monument to the Republic of Korea as a lasting symbol of recognition for Canadian Korean War Veterans.”

“We have come here today to honour these brave Canadian Veterans and their sacrifices,” added Senator Martin who is part of the Canadian delegation. “By coming to Korea, I return to the country of my birth. I would not be here today had it not been for Canadians and all those who served and gave their lives for me and others. We will ensure their legacy is never forgotten.”

Yong Nam charges, “The U.S. imperialists ignited the Korean war on June 25, 1950 to realize their wild ambition to dominate Asia and the rest of the world with the Korean Peninsula as its springboard. They hurled into the war even troops of its satellite countries by abusing the UN flag, and applied all sorts of the most brutal war methods and means including the threat of A-bombs.

“The army and people of the DPRK defeated the invaders of 16 countries including the U.S. and the south Korean puppet forces in the war”.

The level of rhetoric from the North Korean Government has slowed in recent months. However with the anniversary of the signing of a peace agreement, the Democratic Peoples Republic of Korea is ramping up again.

“The historic victory in the war was the victory of the Juche-oriented military idea and outstanding strategy and tactics of President Kim Il Sung and one of the indomitable mental power of the army and people of the DPRK as they heroically fought, united close around the party and the leader,” continued Yong Nam. “The U.S. imperialists sustained a heavy defeat for the first time in their more than 100-year-long history of wars of aggression in the three-year-long Korean war and signed an instrument of surrender”.

China Expresses Serious Concern to US over THAAD 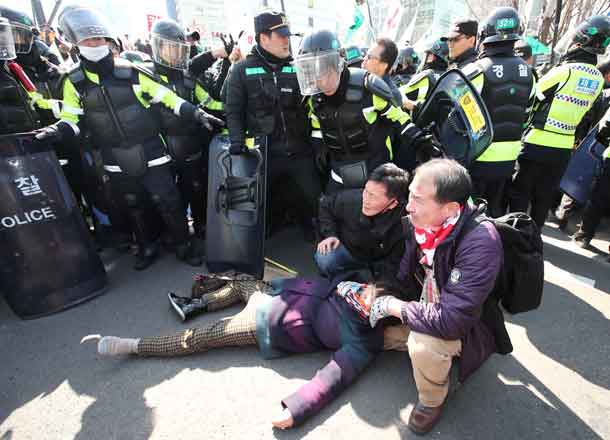