Lump Graphite Is Most Valuable

VANCOUVER, BRITISH COLUMBIA – Mining – Canada Carbon Inc. has announced the discovery of a new graphite occurrence resulting from trenching on one of the geophysical EM anomalies. The discoveries in Canada of more graphite, especially vein graphite, which is the most sought after form can position Canada in the global marketplace as a major supplier. Graphite is important as a component in grapheme.

Graphene research is increasing globally since the mineral has so many applications in our society for innovation. There are many new discoveries coming forward. At Rice University, research is continuing.

A collaborative effort by the Rice lab of chemist James Tour and the Moscow lab of chemist Stepan Kalmykov determined that microscopic, atom-thick flakes of graphene oxide bind quickly to natural and human-made radionuclides and condense them into solids. The flakes are soluble in liquids and easily produced in bulk.

The experimental results were reported in the Royal Society of Chemistry journal Physical Chemistry Chemical Physics.

The discovery, Tour said, could be a boon in the cleanup of contaminated sites like the Fukushima nuclear plants damaged by the 2011 earthquake and tsunami. It could also cut the cost of hydraulic fracturing (“fracking”) for oil and gas recovery and help reboot American mining of rare earth metals, he said.

This new occurrence is described as an irregular vein of semi massive coarse graphite. The graphite vein is exposed along a 12.8 metres (m) (41.98 feet) strike length, having a NW-SE (148°) orientation and sub vertical dip. From SE to NW the vein varies in width between 1 m and 1.7 m for up to 7.9 m (26 feet). Within that length, the vein maintains a 1.6 m thickness over 2.5 m. Toward the NW, the vein continues beneath a more competent zone in the host rocks for a length of 1.2m. The vein re-appears on the other side of the competent rock and reaches a thickness ranging from 10 cm to 1 m (3.9 inches to 3.28 feet) over a strike length of 3.7 m. Other graphite veins of smaller size can be observed on both sides of the main vein, on available exposures. Finer grained graphite can be locally observed within the surrounding carbonate host rocks. The new occurrence is exposed below 1 to 3 m of glacial till. Additional trenching could extend the new occurrence towards the northwest and southeast.

Semi massive coarse grained graphite occurs within a pegmatitic skarn-mineral envelope, including large crystals of white feldspar, diopside and wollastonite. Local geology consists of a complex intermixing of banded paragneiss and medium-grained carbonate rock (historically referred to as a marble unit), where contorted fragments of gneiss appear to float within an equigranular carbonate matrix. Preliminary observations on coarse graphite occurrence at Miller suggest crystallization from hydrothermal (pneumatolitic) fluid late in the pegmatitic event. The relationship between the pegmatite and the carbonate-rich country rock and the graphite veins remains to be fully understood. A detailed mapping of the trenches is currently underway and will allow a better understanding of the mineralization process which will help in defining the vein system at surface.

R. Bruce Duncan, Interim CEO & Director of Canada Carbon stated, “This quick technical success proves the usefulness of EM geophysics in locating new occurrences of graphite at Miller. We expect that the results from the now completed airborne VTEM survey (survey results pending) will be able to detect any large-scale near-surface occurrences of graphite similar to the discovery disclosed in this release and the historical mined veins at the Miller mine pit. Geophysical targets identified through VTEM anomalies will be confirmed by trenching and/or short drilling.” Mr. Duncan further states, “The continued success of our geological team and development of new discoveries highlights the potential of the Company’s 100% owned Miller hydrothermal lump/vein graphite property.”

The 100% owned Miller Graphite property covers 15.3 kilometres (km)2 and is located 80 km west of Montreal. Main roads connect up to 800 m away from the deposit and travel all around the property. A power line also crosses the property 500 m south of the deposit, and a bush road goes directly to the deposit, which allows for very easy access.

Zenyatta Ventures has been reporting on the company’s vein graphite discovery as a part of its Albany Project. 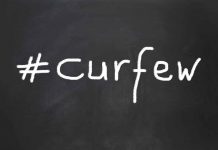