“Debwewin means ‘truth’ in our language,” said Director of Communications and Anishinabek News editor Maurice Switzer, “and these awards celebrate First Nation and other storytellers and journalists in our territory who do outstanding jobs of telling our stories – something mainstream media have not historically done very well. We congratulate Jody Porter on her contributions.”

CBC reporter Jody Porter worked in community papers in small towns across the country for a decade before starting as a reporter at CBC Radio in Thunder Bay. Documentary storytelling helps her escape the daily news grind and has garnered several awards. She is the editor of Strength and Struggle: Perspectives from First Nations, Inuit and Métis Peoples in Canada, published in 2011 by McGraw‐Hill Ryerson and currently being used in high schools across the country.

Porter is fond of creating radio/social experiments that take ordinary people out of their cultural comfort zones.

This includes CBC Thunder Bay’s Common Ground Café series that brought strangers together to make a meal and discuss race relations in the city. That was combined with a successful Facebook page where the discussion continued.

She was given the 2011 Adrienne Clarkson Award, RTDNA for her work on this series. She is also a regular guest lecturer at the Department of Aboriginal Education at Lakehead University, Thunder Bay.

Maurice Switzer will present the award to Porter at the Anishinabek Nation 7th Generation Charity’s annual Evening of Excellence Awards in Sudbury on August 21st.

Anishinabek News freelancer, Sharon Weatherall, will be awarded an Honourable Mention citation. Weatherall has been covering First Nations stories from Beausoleil First Nation and Midland area for over 10 years.

The Debwewin Citation top award was first presented in 2002 to Toronto Star journalist Peter Edwards for his reporting on the events that led to the 1996 death of Anthony “Dudley” George in Ipperwash Provincial Park.

Past winners have included Lynn Johnston, who introduced Anishinabek characters and communities into the storyline of her world‐famous comic strip “For Better or For Worse”.

Congratulations to Jody Porter and the CBC for her hard work and dedication from all the team at NetNewsLedger! 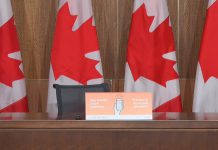 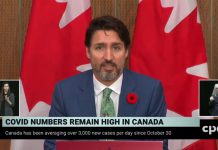