THUNDER BAY –  Editorial – Lets get drunk tonight? In Thunder Bay over the past thirty days, police have had to deal with almost six hundred incidents involving alcohol. Too many people in our community seem destined upon opening a bottle of alcohol to consume so much that they end up with their night involving the police.

Drinking in a problem for too many in our city. Police are dealing with an average of twenty calls for service each and every day.

A tour of the downtown streets of our community in the morning is to witness the large bottles of ‘Old English’ and other super cans of beer left all over our streets and parks. One will also find empty bottles of cheap wine, sherry, along with hair spray, hand sanitizer, and mouthwash. The issues generated by the addition problem in our city is one that needs attention.

Perhaps it is time that the Alcohol and Gaming Commission (AGCO) and the Liquor Control Board of Ontario (LCBO) stepped up. It is also time for residents of our city to step up and start realizing the scope of the problem.

Maybe it is time that the sale of single cans in the Beer Store should end? All the revenue that Ontario is making in the province from the sale of alcohol is generating expensive bills for taxpayers.

There needs to be solid solutions put in place.

Having the Thunder Bay Police as our frontline solution in dealing with problem drinkers is a very wasteful use of police and taxpayer resources.

The Alcohol and Gaming Commission has reported they have added a new inspector in Thunder Bay. There was, previously, only one inspector from Thunder Bay to Kenora. That level of service from the AGCO is simply ridiculous. It is almost as if  the north is being left on its own allowing liquor licences to self-monitor. We are seeing in Quebec, with the explosion of a train that has killed five people, that allowing self monitoring might sound good, to the companies, but is not in the best interests of the people.

Some in our community are quick to blame certain segments of our population, pointing fingers of blame at those sectors.

The reality is and the incidents prove it out, the problem is widespread, and city-wide. Some blame bars, and if you look at the crime reports map, there is a larger number of calls dealt with by police near some bars. Some bar owners are changing policies. Newfie’s Pub on the corner of Brodie and Victoria has installed a new metal detector. All patrons to the pub are now screened like they were going through airport security.

Perhaps the real solution will be found when residents in our community start realizing that alcohol can be a part of an evening, not the focal point of the evening. In many ways, for far too many in Thunder Bay it is almost as if some people have been trapped in a time warp. Some seem trapped in the era where to be a man, one had to handle their liquor, or drink everyone else under the table. Those days should be long gone, and in our city it appears they are not even close to gone.

When Thunder Bay police are handling almost a call an hour to deal with alcohol related incidents, and when the number of domestic disputes, assaults, and homicides are tied to alcohol and substance abuse, the scope of the problem becomes one large mess that needs to be fixed.

Lets get drunk tonight? No thanks. 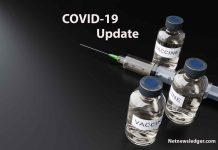 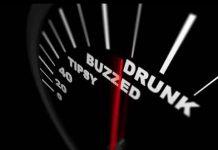