GREENSTONE, Ontario – The proposal by the Municipality of Greenstone to sell off its only designated heritage building has sparked discussion, especially in Geraldton. An advertisement appeared in the community weekly, The Times Star, on June 5, 2013.  It offers for sale the “Ukrainian Church/Museum” located at 523 First Street East, Geraldton Ward.

For most residents, the ad was a total surprise.  For the recently-launched Greenstone Historical Society (GHS), it was a shock.

“In early May I heard a whisper,” said Edgar Lavoie, President of GHS. “I investigated and learned about the proposal.”  Lavoie spoke to Mayor Renald Beaulieu and some officials at the Municipal Office, and asked for a meeting with the Municipality.  The response was the ad in the paper.

At a recent meeting of the GHS Board of Directors, the following resolution was adopted unanimously:

Whereas the Ukrainian Church/Museum is the only building in Geraldton which has the official designation of a provincial heritage building; and

Whereas this building has long been intended by the Municipality (including the former Town of Geraldton) as a future museum; and

Whereas the Municipality is now embarking on a long-overdue cultural initiative to identify, preserve, and promote its cultural assets; and

Whereas this cultural initiative will inevitably include proposals to support exisiting museums, history centres, and interpretive centres, and to establish and support new ones; therefore

IT IS RESOLVED to make an offer to the Municipality to purchase the said Ukrainian Church/Museum for the sum of $1.00 dollar (Canadian).  The details of the purchase to be negotiated.

“Our immediate aims are two-fold,” said Lavoie.  “We want the Municipality to put the sale on hold, and we want to have a meeting with them to discuss strategies and alternatives.”  The offers to purchase must be submitted to the Planning Department by Wednesday, June 26, 2013.

The Times Star ad states, “The Municipality of Greenstone is under no obligation to accept any bid or proposal.”

The Ukrainian Catholic Church dates back to the early ’50s.  In the early ’90s, the then Town of Geraldton built a solid concrete basement and moved the building over a few metres from its deteriorating wooden foundation posts.  The name “Ukrainian Church/Museum” discloses the long-term plan for the historic structure.

Heritage buildings abound in Northern Ontario where town planners exhibit foresight.  The City of Thunder Bay has almost 70 such structures, twenty-six of which are “designated”, meaning they have special restrictions around their use, remodeling, and disposal.  The Municipality plans to “un-designate” the church, if it has not already done so.

One former resident of Geraldton wrote recently to the Municipal Council in a letter which he shared with Lavoie.  The letter reads in part:

” This [Historical] Society has the vision to preserve some of what is left of Geraldton’s glory days as a thriving, dynamic melting pot for its residents. It is places like Geraldton that set the example of how people from diverse backgrounds could live and work together to sustain a community with its colourful mosaic of language, culture, religion, custom & tradition.”

Lavoie said, “The Municipality has just launched a cultural initiative to identify its cultural assets.  In light of that initiative, it seems premature to sell off this building before the public has an opportunity to comment on its cultural value.”

According to Lavoie, the communities in the Municipality of Greenstone have several heritage buildings which have not yet been identified, let alone registered.

Meanwhile, the Society awaits a formal response to its resolution. 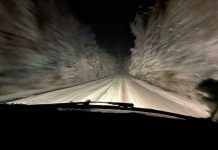