THUNDER BAY – County Park residents are feeling the heat. That heat is being transferred back to City Managers. The splash pad in County Park remains inoperable. Right now the word is that it should be working by the time school ends.

That is the exact same message residents were told in 2012 when the issue was reported to be a problem with the contractor for the $300,000 project getting plumbing permits from the City of Thunder Bay.

Splash Pad Remains Out of Service

Residents are a little upset over the unexplained delay. “Ridiculous that the city has taken this long and made the kids stare at a dry splash pad for 2 summers!” states one resident. Another tells NNL, “It is really unacceptable that this hasn’t been finished. I remember how excited the kids in the neighborhood were when they started building it. I really hope that this is finished soon so children don’t have to look at it and wish they could use it for yet another summer”.

Yet another resident comments, “I look after kids in County Park and they have been asking since last summer, “When Is the water going to start” I have to keep telling I don’t know. Plus my 2 nephews from Current River have been waiting also for the water to start. This is so disappointing for the children”.

Councillor Trevor Giertuga could not be reached for comment.

The project was budgeted for $300,000. Sources tell NetNewsledger that the issue was apparently some discussion between the Planning Department and the contractor in issuing the needed plumbing permits. Several City Councillors contacted by NetNewsledger commented that the delay is sad and unacceptable.

NetNewsledger has asked Paul Fayrick, the Parks Manager for information on this delay, and will publish his answers in a follow up piece. 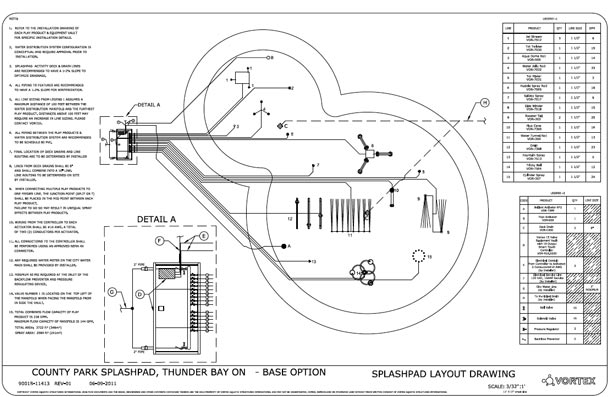