Moscow, Russia – G20 young Entrepreneur Alliance -As G20 leaders prepare for their 2013 Russian Summit, 18 Canadians were among more than 400 young entrepreneurs from G20 countries calling on them to promote youth entrepreneurship as a powerful response to some of the most significant challenges faced by today’s global economy.

The G20 Young Entrepreneurs’ Alliance, a network of young entrepreneurs and the organizations that support them, held its fourth annual Summit in Moscow from June 15-17.

Eighteen Canadians brought the voice of fellow young entrepreneurs to the Summit discussions and to additional meetings with International Trade Minister Ed Fast, Canadian Ambassador, John Sloan, and members of the Russian-Canadian business community. The names of the Canadian delegates from coast-to-coast and their comments on the Summit experience follows.

The Alliance’s communiqué highlights opportunities for government and business to harness the potential of young entrepreneurs to create jobs, economic growth and competiveness, and to spur innovation and social change.

Supported by the Summit deliberations and in-depth research reports from two of the world’s leading management consulting companies – Accenture and Ernst & Young – the Summit communiqué calls on Canadians and other G20 leaders to collectively seize upon four opportunities to expand youth entrepreneurship:

Small and medium-sized businesses are the backbone of most economies. In Canada, they represent 98 per cent of all businesses, 30 per cent of the GDP and 48 per cent of employment. The Canadian delegates at the G20 Youth Entrepreneurs’ Alliance Summit, led by the Canadian Youth Business Foundation (CYBF), return committed to working with all levels of government to help ensure that young entrepreneurs and their businesses can play their role in ensuring Canadian prosperity in the 21st century.

“In Canada, the youth unemployment crisis, combined with skills shortages and the imminent retirement of the majority of our small business owners, is among our greatest economic challenges,” said Olivier Letard, a Québec-based international entrepreneur, Co-President of the G20 Youth Entrepreneurs’ Alliance Canadian delegation, and CYBF Board member. “Youth entrepreneurs address these and other economic challenges by starting and taking over businesses, creating jobs and revenues and robust, sustainable growth.”

“We look forward to working with the Canadian delegates and other business, government and academic partners to ensure that we do everything possible to help young entrepreneurs and ensure Canada’s leadership in job creation, innovation, growth and prosperity,” said Julia Deans, Chief Executive Officer, CYBF, and Co-President of the G20 Youth Entrepreneurs’ Alliance Canadian delegation.

Two key reports were unveiled at the Summit providing the latest survey data on the state of entrepreneurship around the globe and recommendations for G20 governments to support entrepreneurs: 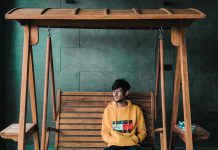 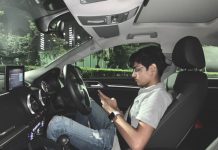 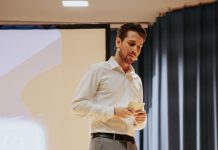