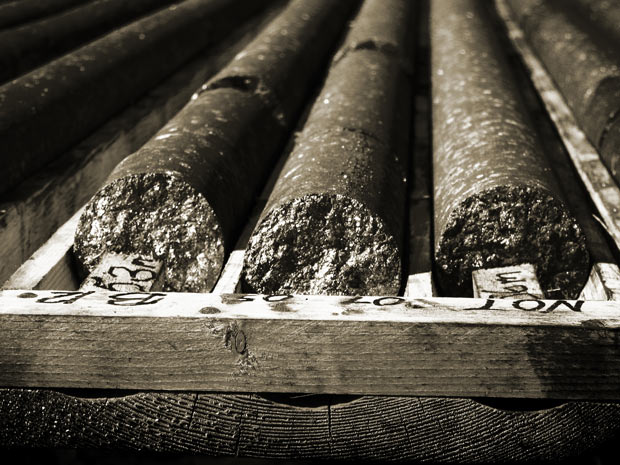 THUNDER BAY – Minister of Northern Development and Mines, Michael Gravelle is convinced that the Ring of Fire is going to happen. “It might be slightly longer, but it will be going forward,” stated the Minister. “We are going to get it right,” continued Gravelle. The announcement last week that Cliffs Natural Resources has suspended their environmental assessment has echoed through the region.

“This is a huge, multi-faceted project, and the confidence is there, we are moving ahead”.

The Minister has been speaking with local business owners, as well as getting together with several local companies who are expanding operations, or moving to Thunder Bay to open new offices.

The Minister commented on the recent opening of Abitbi Geophysics who opened in the city recently. The Minister was on hand to celebrate the opening.

The Minister is also enjoying the work with the Northern Ontario Heritage Fund Corporation which is celebrating its 25th Anniversary this year.

Yesterday in Thunder Bay the Minister announced grants and support to a number of companies who are set to expand their operations.

[sws_pullquote_right]Michael commented that healthwise he is headed into his 17th session of chemotherapy. He faces 20 treatments and is really looking forward to getting through the treatment. Michael commented that his hair is coming back, and that it is interesting to have ‘soft, almost like baby hair’. To all persons facing a challenge from cancer the positive attitude one takes into the fight makes a huge difference. Michael Gravelle has taken the enthusiasm he is so well known for and been applying it to his fight with cancer. [/sws_pullquote_right]

Sharing in an interview with NetNewsLedger, Gravelle said that a common thread in the region and mining is a combined desire to get things right. “First Nations, for every correct reason want to get it right. The development in the Ring of Fire is happening where in most cases there has been no development before.”

The Minister expressed, “We are on the cusp of very exciting times, and with the entire project estimated at $3.3 billion including a processing plant that getting the value for the region is important”.

“A common thread with First Nations leadership,” Gravelle says, “Is a need to secure value for the people.”

With Cliffs Natural Resources the Minister states, “There are lots of positives, and building solid relationships is important”. Minister Gravelle is confident that Cliffs still consider the project a priority.

“All of the pieces have to come together, and the Ministry is staying in close touch with Cliffs,” adds Gravelle.

The Minister noted how Bob Rae has been appointed as a negotiator for Mattawa First Nations, and says that the MNDM is looking to add a provincial negotiator.

Minister Gravelle will be speaking at a Mining Forum on Thursday in the city at the Valhalla Inn.