PRETORIA – On 16 June 1976, thousands of youths took to the streets of Soweto to demand their right to freedom and equality. The youth of 1976 had run out of patience and were no longer willing to obey unjust apartheid laws. They were driven by the knowledge that their fight was righteous; they had a moral duty to resist and fight the injustices of the apartheid system.

When these young people took to the streets they did so fully aware of the consequences. Police brutality was the norm; there was no respect for human rights and for fundamental freedom. In spite of this, the youth of 1976 were prepared to pay with their lives, or face life imprisonment so that they could draw the attention of the world to the injustices being inflicted on blacks.

The march was triggered when the apartheid government attempted to enforce the use of Afrikaans in schools. It later became the symbol of a just struggle that caught the attention of the international community and eventually led to the downfall of the apartheid system.

This month South Africa marks the 37th anniversary of this historic event, allowing us to pay tribute to the brave young men and women who lost their lives during the June 16 uprising in Soweto.

Those who fought and paid the ultimate price did so for a just and righteous cause. Their deaths were not in vain and we continue to reap the benefits of what ultimately led to the establishment of a truly democratic society in the country.

As we celebrate youth month and the sacrifices of these valiant young men and women, we must be mindful of the new struggle that the youth of today now face. Substance and alcohol abuse has emerged as a major threat to our children. It is not only undermining our youth to reach their full potential, it is also destroying families and claiming lives.

The main focus of Youth Month is on anti-substance abuse. Our youth form an integral part of our journey to reach the goals we have set for the country in the National Development Plan (NDP). The NDP forms the blueprint for what we want to achieve as a nation in the next 20 years.

It emphasises the important role of our youthful population in ensuring economic growth, increasing employment and reducing poverty.

The NDP furthermore proposes the strengthening of youth service programmes and the introduction of new, community-based programmes to offer young people life-skills and entrepreneurship training, as well as opportunities to participate in community development programmes.

This remarkable vision is achievable but it will require great sacrifice and hard work.  However, the scourge of alcohol and substance abuse is a massive threat to society and in particular our children’s future.

The human face of the horror of drug abuse was recently brought into sharp focus when the desperate pleas of a group of mothers in Eldorado Park, south of Johannesburg came to the attention of President Jacob Zuma.   Their cry for help touched President Zuma who visited the concerned mothers to hear their stories.  Following this visit he instructed law enforcement agencies to step up their anti-drug and substance abuse operations in this area.

Unfortunately there are many communities throughout our country that are plagued by drug and substance abuse.  We want to assure families, mothers and fathers or caregivers that government has heard your plea.

Government and its partners are implementing the Anti-Substance National Plan of Action and National Drug Master Plan, which guides our effort towards a South Africa that is free of drug abuse.

There are already 215 Local Drug Action Committees around the country that are assisting communities to manage their own preventative work. Our criminal justice system is also geared towards dealing with the impact of substance abuse and to act decisively against drug peddlers.

We know that drug and substance abuse often go hand in hand. In response to this threat, the Inter-Ministerial Committee (IMC) on Substance Abuse has proposed legislative reforms such as the banning of alcohol advertisements, increasing the age of alcohol consumption and zero-tolerance on drunk-driving.

Addressing the 2nd Biennial Summit on Substance Abuse in 2011, President Jacob Zuma said: “….the problem is serious enough and we want to deal with it before it is too late. We do not want this scourge to destabilise our nation”.

These initiatives are a clear indication that government is committed to rid our society of substance abuse, but it cannot achieve success in isolation. Government needs the help of youth, parents, non-profit organisations and communities. We urge parents, relatives and other community structures to play a role in raising awareness and to provide support to those affected by substance abuse and alcoholism.

It is furthermore imperative that communities report those involved in the trade of illegal substances so that we can fight and beat the scourge of substance abuse together. The need for a combined effort was emphasised by President Zuma in a speech during a visit to the Sultan Bahu Treatment Centre in Mitchells Plain. “This calls for concerted action amongst all of us as parents and community members. We must work together to curb the spread of substance abuse in our communities,” he said.

Those who seek to destroy our communities and the well-being of our children through their illegal actions will face the full might of the law. The brave actions of the youth of 1976 against overwhelming odds will live in our memories forever.  These are a beacon of hope even today; we must harness the spirit of defiance they showed in the face of almost insurmountable odds. We will not allow substance abuse to destroy our communities, join us as we fight this scourge.

These are facts about drug abuse problems that we all need to face and do something about before things get any worse. 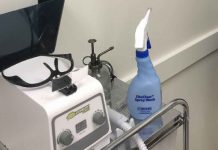 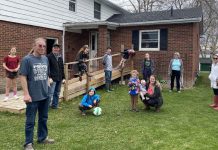