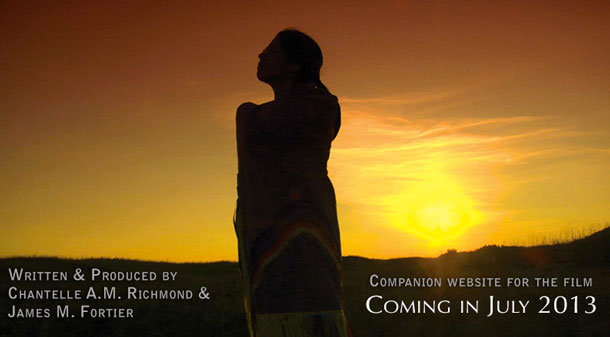 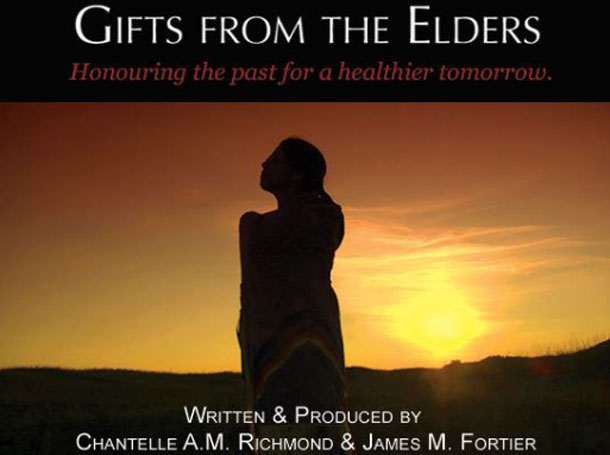 THUNDER BAY – Gifts from the Elders is a 60 minute documentary that follows five Anishinabe youth on a summer research project with their Elders. The stories shared with the youth by the Elders guide them on a journey back to proceeding generations that lived a healthy lifestyle off of the land.

Their stories chronicle the devastating impact that environmental and cultural dispossession had on the flow of knowledge from Elders to youth, and ultimately on the health of their people.

As their summer comes to an end, the youth emerge with “gifts” of knowledge and teachings from their Elders, inspiring a renewed determination to forge a hopeful and healthy future for the next generation.

The free screenings are offered in collaboration with Confederation College, Western University, The Ojibways of the Pic River First Nation, The Batchewana First Nation of Ojibways)

Chantelle is an Anishinabe scholar from Pic River First Nation (Ontario). She holds a CIHR New Investigator in Aboriginal Health and she is an Assistant Professor in the Department of Geography, with a cross appointment in the First Nation Studies Program at Western University (London, Ontario).

Her research is framed by community-based approaches that aim to understand how processes of environmental dispossession, both historic and contemporary, work to affect social determinants of health among Indigenous peoples. Chantelle collaborates with various First Nation communities and Aboriginal organizations to study these important issues. She has published widely in the health and social sciences and she routinely provides reviews for a number of Canadian and international journals and Canada’s Tri-council granting agencies. In her Indigenous Health Lab (www.indigenoushealthlab.ca) at Western University, Chantelle supervises a number of graduate and undergraduate students, all of whom are working on critical environment/health issues in the First Nation context. Chantelle is enthusiastic about the role that knowledge translation plays in her research. She views her role as a teacher, mentor and advocate as critical for increasing capacity and overall well-being in the communities she works with.

James is an enrolled member of the Pic River Ojibway First Nation, located in Ontario, Canada. James is an accomplished documentary filmmaker and website producer. Born in Nipigon, Ontario, raised in Chicago area James moved to the San Francisco area to complete his college education in 1983. For over 25 years he has written, produced, directed and filmed numerous productions for Fortune 500 Companies, broadcast and cable television, PBS and the Aboriginal Peoples Television Network in Canada.

Since 1995, his documentary work has focused primarily on Native American and First Nation communities and issues. He has won numerous awards including 3 Emmy Awards and most recently the DuPont Columbia Award for his contribution as episode producer and director for Bad Sugar, part of the national PBS health series Unnatural Causes: Is Inequality Making Us Sick? James recently produced and directed Paths of Renewal for the Oweesta First Nations Corporation, a Native American non-profit based in Rapid City, SD.

James’ first documentary, Alcatraz Is Not An Island screened at the prestigious Sundance Film Festival in 2001 and aired nationally on PBS and APTN in Canada. Other documentary works include the six hour PBS Ojibwe series Waasa Inaabidaa: We Look In All Directions, Voices for the Land, Indian Country Diaries: Spiral of Fire, Playing Pastime: American Indians, Softball, and Survival, Green Green Water, and two documentaries for the Muckleshoot Indian Tribe, Pulling Together, and Gathering Together.

James was the Artist in Residence at the University of Illinois, Urbana-Champaign in 2009 where he conducted a four week video production lab for the American Indian Studies Department course, American Indian Stereotypes in Film, and presented several of his documentaries for students and faculty.

James is currently developing several documentary projects and working on a screenplay adaptation of Alcatraz Is Not An Island.