THUNDER BAY – Ontario is helping to attract new businesses to the Rubin Business Park in Murillo by providing services such as hydro, sewer and roads. With support from the province’s Northern Ontario Heritage Fund Corporation (NOHFC), the Municipality of Oliver Paipoonge will expand the park with 40 acres of accessible and serviced lots.  The industrial park is currently at capacity and the Municipality has prospective tenants waiting for available lots.

Investing in northern business expansion is an important part of the Ontario government’s Growth Plan for Northern Ontario.

“A strong northern economy will help create a fair society and give the people of Ontario more opportunities for jobs and economic prosperity,” comments MPP Bill Mauro.

“By supporting the expansion of the Rubin Business Park, we are helping the municipality attract new businesses to the Murillo area.  I am very pleased that the NOHFC could support the growth of this industrial park and the creation of good jobs in our region.”

“We recognize the important economic development role that the Rubin Business Park plays in Oliver Paipoonge and throughout Northwestern Ontario.  Today’s NOHFC announcement of over half a million dollars towards the expansion of the Park will have a significant impact on business growth and job creation here in Oliver Paipoonge.  On behalf of the municipality, I would like to thank the provincial government, and in particular MPP Bill Mauro, for his ongoing support of our community.” commented Lucy Kloosterhuis, Mayor, Municipality of Oliver Paipoonge

“Our government is committed to helping northern communities improve their industrial sectors to take advantage of new economic development opportunities.  This industrial park upgrade will bring local services and attract new tenants and jobs to the Thunder Bay region,” adds Michael Gravelle, Minister of Northern Development and Mines and Chair of the NOHFC 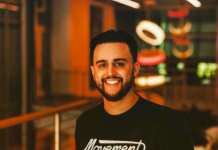 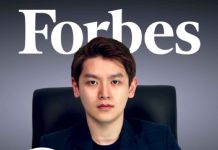 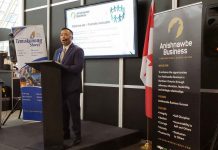