PHOENIX AZ – Superstar Billy Graham, the original superstar, is fighting for survival. Scott O Epstein, his friend and agent shares, “In case you are not aware of the post Wrestlecon/Mania trip Billy went on a well deserverd ‘vacation’ with his lovely wife of forever Valerie in her new car, as Billy had never seen the Grand Tetons and this was part of his bucket list with a painting of them at a later date”.

“They traveled approximately 1000 miles from home, are on the Utah/Wyoming border and Billy gets sick in multiple ways…..first possible blockage in colon, ER admitted him as the liver plays tricky stuff with your body. Upon having a bout of Reflux syndrome, it went back down not the esophogas but into the lungs causing pneumonia. This is particularly dangerous because acid reflux going into lungs way different than water ..it has much bacteria ……..next discovery is that Billy is bleeding internally and they have to find out from where. He is not feeling very well nor doing very well and Valerie is naturally very stressed. I may go there to help her if the air fares come down from outrageous prices”.

Epstein adds, “This is not a very good scenario and far more crucial than the bout her had recently before WM and the ones he gets every so often due to the compromised immune system. Asking all fans, friends, colleagues to seriously pray. I know he is strong as an ox but this time I am actually frightened”.

Devon Nicholson, who is a close mentored friend of Billy Superstar Graham comments, “Hopefully he’ll be able to pull through. He has a lot of health issues working against him but has an incredible will to live”. 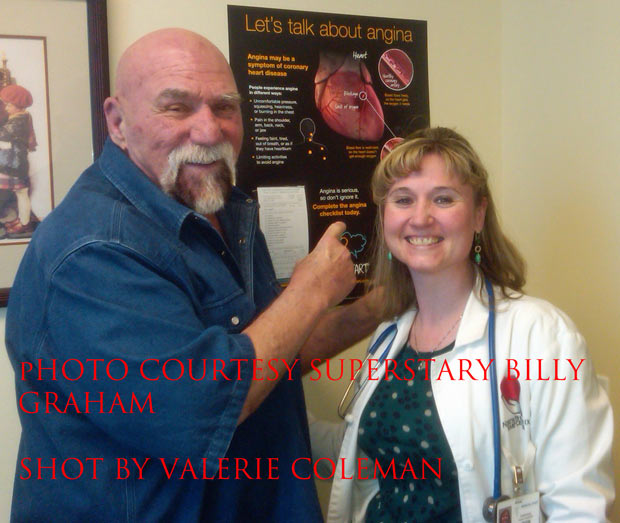