THUNDER BAY – Crime – Thunder Bay Police have taken a million dollars worth of cocaine and Oxycodone are off the streets. Police made the bust after a long investigation.

The investigation started in November 2012 Drug Enforcement Officers started surveillance  on a 28 year old male resident of Thunder Bay. The suspect was believed to be involved in the trafficking of cocaine in the city. As a result of this investigation, on April 9, 2013 drug officers assisted by officers with the Guns and Gangs Unit executed a Criminal Code search warrant on a building situated in the 200 block of Miles Street Thunder Bay.

Investigators located a large quantity of Cocaine and Oxycodone tablets. Subsequently two (2) Controlled Drugs and Substances Act search warrants were applied for and granted; one for the Miles street address and the second for a residence in the 200 block of East Frances Street Thunder Bay. These search warrants were executed in the early hours of April 10, 2013.

Christianson was held in custody and had a court appearance on April 10, 2013. He was remanded into custody and will appear in Thunder Bay court later today.

Police advise that this is believed to be the largest single seizure of Cocaine in the City of Thunder Bay. 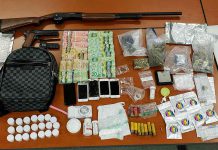 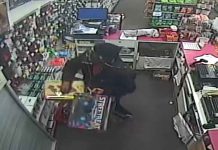