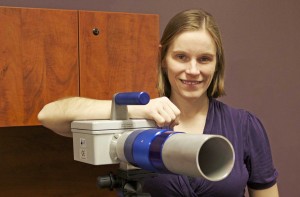 THUNDER BAY – Healthbeat – International Women’s Day has traditionally been about promoting equality for women.  A lot of progress has been made and the day has also become an occasion to celebrate women’s achievements.

Although nationally women are underrepresented in senior academic and research positions, six of TBRRI’s ten scientists are women.

Having the support of mentors was key to negotiating what could have been obstacles in Dr. Jane Lawrence-Dewar’s path to launching her first independent position as a scientist at TBRRI.

Being part of a peer mentoring group while a PhD student in Physiology at the University of Manitoba in the Spinal Cord Research Centre was very important, says Dr. Lawrence-Dewar. “I was fortunate that there were three other women in the same program and we formed a peer mentoring group that we nicknamed Thesis Watchers instead of Weight Watchers. We’d meet weekly to check in and see how many pages each other had written.”

How to balance a satisfying family life with a rewarding research career is a common question among female researchers, she says. “Right at the time when you’re being evaluated for tenure is the same time that some women are thinking of starting a family.” Dr. Lawrence-Dewar waited until she returned to Canada following her post-doctoral fellowship in Anesthesiology at Stanford University to start her own family.

To address gender-specific issues facing female scientists, The Society for Neuroscience has developed supports such as a mentoring program, something Dr. Lawrence-Dewar is glad she took advantage of early in her career.

“I had a mentor from the University of British Columbia who helped me a lot with concerns I had about my career. Recently, I got in touch with her to tell her, ‘It all worked out just like you told me it would.’”

Today, Dr. Lawrence-Dewar’s research is focused on how hand coordination is affected by stroke, brain and spinal cord injuries and how it recovers or adapts afterwards. She uses structural and functional magnetic resonance imaging (fMRI) of the brain and spinal cord to help understand the disruption and reorganization of neural networks in the brain following injury due to stroke and recovering motor control and adaptation during rehabilitation.

“The long-term goal is to find out if the computer-based tasks we’re using result in an accumulative effect and improvement in patients with neural injuries and if it transfers over to other activities,” says Dr. Lawrence-Dewar.

Her research aims to eventually create rehabilitation tools that are portable and therefore more accessible. For those with little or no access to a hospital, especially one with a rehabilitation clinic, such tools could even be used at home, as an assessment tool, and patients could send the assessment to a healthcare professional.

“Talking to occupational therapists, this rehabilitation tool could even be used in hospitals with patients that need to be in isolation and are not able to access the rehab clinic.”

Dr. Jane Lawrence-Dewar’s research uses structural and functional magnetic resonance imaging (fMRI) of the brain and spinal cord to help understand the disruption and reorganization of neural networks in the brain following injury due to stroke and recovering motor control and adaptation during rehabilitation.  Out of 10 scientists at the TBRRI, she is 1 of 6 women. 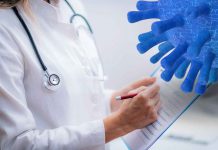 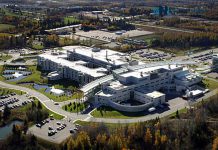