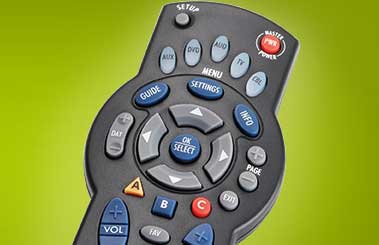 Slice is a female-friendly channel offering hours of guilty pleasure programming and the very best in lifestyle television.

Additionally, Shaw has expanded its online Video on Demand options for movies.

Catch up on some of the best nominated and award-winning movies including Best Picture Winner Argo.

Push the On Demand button to watch it now.

Looking for more award-winning or nominated movies? Check out the 2013 Awards section on Shaw On Demand.

Teletoon Retro is the place for all your favourite classic cartoons.

Enjoy a free preview of Teletoon Retro until April 3, 2013.

Travel + Escape is the ultimate destination for escapist entertainment.

Glamorous, sexy, adventurous and daring, this channel seduces viewers with compelling stories that highlight the most exotic and luxurious experiences the world has to offer. Enjoy a free preview of Travel + Escape until March 31, 2013.

The new Shaw On Demand Search App is here

Easily browse thousands of Shaw On Demand titles from just about anywhere and order your selection right from your Apple or Android device, and send it directly to your TV at home.

Watch the best of the West

WHL hockey plays on channel 303 and Shaw TV. Catch all of the goals, hits and plays today.

Available with the following television packages: HD Plus, Digital Classic, Best of HD, Premier TV with Best of HD and SPP Movies.

Over 670 titles from Movie Central and HBO ® including favourites like Game of Thrones SM , Boardwalk Empire ® , and True Blood ® , all on an app that you can watch anytime and anywhere.

Shaw is the first network in Canada to offer you Galaxie’s 15 new multicultural music channels. Enjoy hit music from parts of Asia, India, Latin America, the Middle East and even Canadian Indie artists!

Tune in to channels 441 through 455 to listen to these new channels today. Whatever you’re in the mood for, you’ll find the world’s greatest hits on Galaxie’s 55 music channels.