ATTAWAPISKAT- Updates Breaking News – 8:00PM EST –  Attawapiskat Chief Theresa Spence, along with Danny Metatawabin, and local lawyer Kathy Koostachin are at the blockade site talking to the protesters. Sources report those talks are about ending the blockade.

There is reportedly new information from De Beers suggesting that the company is willing to renegotiate.

One of the protesters, Rebecca Iahtail reportedly will NOT leave unless there is that agreement, in writing from De Beers.

Reports are that Chief Theresa Spence is there now to talk to the people to clear out and let them through.

Chief Spence is trying to stop any serious confrontation that might take place. apparently the OPP have commented that whoever is there will be arrested if they don’t leave.

Many residents from Attawapiskat are out on the road in their vehicles as the community is reportedly waiting for the possible showdown.

An OPP heavy-duty vehicle has arrived in Attawapiskat. The OPP are now in the community getting ready to head out to the blockade on the Winter Road to the De Beers Diamond mine.

There are 2 Elders involved and a couple of women with grandchildren who are manning the blockade according to sources.

De Beers stated in a community meeting that they would seek a court injunction to end the stand off. Steve Thomas De Beers chief financial officer for  informed a group of Attawapiskat resident that the company would seek an injunction on Thursday.

De Beers is seeking Attawapiskat Chief Theresa Spence and the Band Council to end the blockade. In a letter to the Band delivered on Tuesday the company says, “As the leaders of the community we urge you to use best efforts and to take appropriate steps to ensure that this unlawful activity cease immediately”.

De Beers spokesperson Tom Ormsby has not been able to be reached for comment today.

People in Attawapiskat have expressed that they will keep going even if they are taken away. There are concerns in the community about the agreement between Attawapiskat First Nation and De Beers Canada.

There are about forty-five days a year that supplies can come into the De Beers Victor Diamond Mine near Attawapiskat. Each day that the road is closed, impacts the company’s ability to bring in needed supplies.

Under The Northern Sky – ‘Attawapiskat Has Lost A Good Friend’ 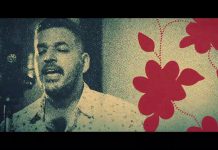