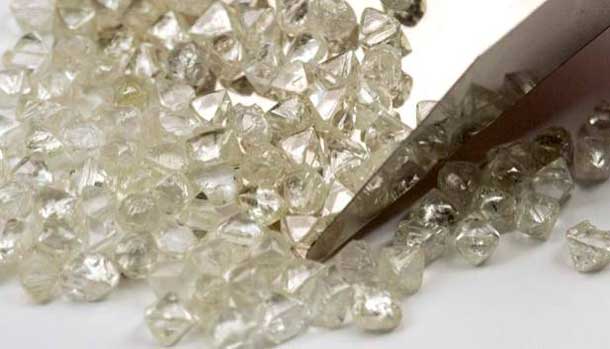 THUNDER BAY – The De Beers Victor Mine road has been blocked by Attawapiskat residents. While some media attention on Aboriginal issues has shifted away from Idle No More, the issue of Aboriginal rights, and treaty rights has not. In Ontario, Fort Severn First Nation has removed permission for the Geological Survey to fly over its traditional lands. In Attawapiskat, De Beers reports that two members of the community blocked the road into the Victor Mine. The two residents were joined by ten additional supporters.

There was a community meeting in Attawapiskat last night with De Beers representatives hearing the concerns raised by community members. Tom Ormsby from De Beers Canada stated, “Our team is now in the community trying to learn more about the situation and what the specific concerns are. We’re not sure about the other 10-12 who later joined the original two men on the road”.

“For safety reasons, we have stood down our re-supply program for the moment until we can better determine what is happening,” added Ormsby.

At issue is the Impact Benefit Agreement between Attawapiskat and De Beers.

De Beers states, “Since the opening of the Victor Mine in July 2008, De Beers Canada exploration efforts have been focused around extending the resource reserves at the Victor Mine. This work is often carried out in the winter months when moving around the target areas is easier for the team. Programs involve a variety of assessment techniques including core sampling, large diameter drilling and bulk samples. Current analysis indicates these satellite pipes are all smaller than the current Victor pipe, which has 27 million tonnes of ore and a forecast 12-year life-of-mine”.

In Attawapiskat, there appears to be growing concern over the agreement with De Beers. Elders and community members have expressed those concerns to their leaders. There are additional meetings planned.

However for now it appears that the blockade on the northern road, at a location about ten minutes outside of Attawapiskat will continue.

There is no official communication from either the Attawapiskat Band Council or the community members.

Attawapiskat Deputy Chief Mattanais says, “In the past, some people lost employment at Victor and others were recently fired and others did not respond to their obligations…Issues like that I keep hearing. I would look at it that way at the present time.”

There has not been an impact on De Beer’s operations at the mine so far.

“The importance of social acceptability of proposed development projects in Eeyou Istchee is an essential aspect of the nation-to-nation relationship between the Cree Nation and Quebec,” said Grand Chief Dr. Matthew Coon Come. “Strateco’s legal action represents a fundamental challenge to this principle, and to our treaty rights, particularly the JBNQA. We are committed to protecting our environment and our treaty rights, for current and future generations.”