Home Health Cancer is a Killer – Capri Fights Back with “Hope is on...

THUNDER BAY – Cancer is a killer. In Northwestern Ontario too many people and too many families have experienced the terror of cancer, and see its impact on loved ones. Capri Ruberto Anderson has written a song about her fighting a battle with breast cancer.

Capri’s song, “Hope is by our side” is a breast cancer song that the twelve year old wrote and performed. The song is on Youtube, and is an inspiring message for all people fighting a battle against cancer.

The young lady wrote the song to support her mom.

“There is always hope. That’s what we provide.” Ruthanne Francis, a facilitator at the Thunder Bay Breast Cancer Support Group’s monthly meetings, says that from deep experience. Her own journey with breast cancer started 14 years ago when she was 42 years old. A mother herself – and very close to her nieces and nephew whose own mother had died of breast cancer a year before – she said that HOPE is what kept her going.

“There was no way I could scare the heck out of my family again,” Francis said. “I just had deep faith and a positive attitude and said, ‘It’s small, they found it early, I’m going to be fine.’” Now, after being cancer-free for nine years, she still attends the Breast Cancer Support Group. Francis said that breast cancer survivors in themselves represent a physical symbol of hope to others.

Thunder Bay Breast Cancer Support group is provided funding by the Northern Cancer Fund….people’s donations are staying here at home to support our own cancer patients. 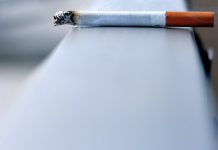 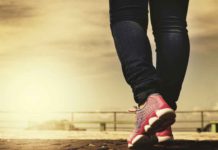