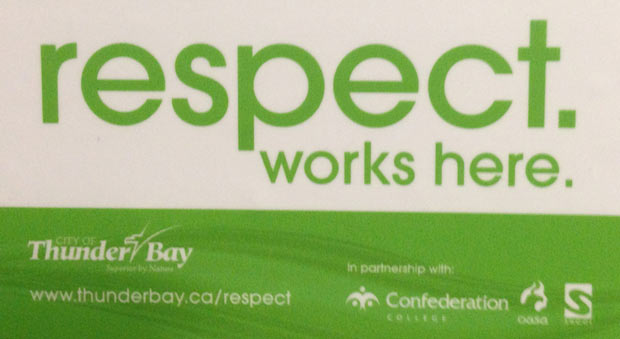 THUNDER BAY – The foundation of any successful community, culture or lifestyle is built on diversity, respect and open-mindedness.   I strongly believe that music is a powerful tool that unites people regardless of their background or beliefs.  Without question, one of the positive things on our waterfront is the “Summer in the Parks” music series.  This event alone draws thousands of people together weekly, to enjoy the wide variety of music performed throughout the summer months.

Generally speaking, the history of popular music proves diversity and open-mindedness has introduced us to a wide range of music that otherwise would never have happened.  In the 1950’s, a new musical style was being born called, “Rock n’ Roll”, which owes its roots to the Rhythm n’ Blues performed by Black-Americans, combined with the Country and Western music performed by White-Americans.  Regardless of the segregation laws, black and white teenagers united on the concert floor to enjoy this new music that was created.  In the 1960’s, the perception was that Motown music was primarily music played by black musicians, when in actual fact half the session musicians were white.  This is further proof that diversity works well.

When the British Invasion of music happened, it was led by The Beatles, who credit many of their influences to both black and white artists who originally created Rock n’ Roll.  However, they didn’t stop there, as they were continually experimenting with other music forms with strong East-Indian influences.  In the 1960’s, many more of these successful artists reintroduced us to the 1950’s rhythm n’ blues artists that were all but forgotten.   As well as a strong history of powwow, drumming and singing, First Nations people also have a history of being musical influences such as Buffy Saint Marie, Robbie Robertson and Shania Twain, to name a few.

As well as a uniting factor, music can also be a salvation to some people.  People find solace in music and many feel that it has saved them from a life of drug abuse and destitution.  Learning to play music is a positive step towards self-esteem and accomplishment.  Playing music with others enforces the concept of teamwork and uniting everyone towards a common objective, regardless of their cultural/ethnic background.

As a member of the Advisory Committee on Anti-Racism, it is my expectation that we will successfully accomplish all of our objectives set out in the Work Plan.  Thunder Bay is growing into a more diverse city with people coming from various parts of the world and our remote northern communities.  Many of these people are youths looking for positive activities to be involved in and to have a sense of belonging.

Our specific work group goal within the committee is to “Encourage and involve youth in activities that promote anti-racism and inclusion”.  One of the activities we have proposed is to organize “Rock around the Block” musical concerts throughout the summer in various neighbourhoods within our city.  If anyone is interested in performing or offering their services to assist in these events, you can reach me by phone at 683-7670 or email me at: awwolff@lycos.com.

RESPECT MATERIALS from the City of Thunder Bay website:

Andy Wolff ran as a candidate for Current River Ward Councillor in the 2010 Municipal Election.  He is a Citizen Representative for Thunder Bay’s Anti-Racism  Advisory Committee.