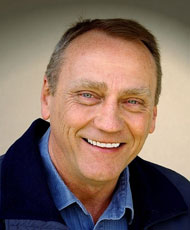 Here is the text of the Aboriginal Affairs Minister’s letter:

I am writing in response to the letter received from Danny Metatawabin, acting on your behalf, on December 24, 2012.

I would like to reiterate that I am concerned for your health and urge you to end your hunger strike. I trust that you are aware of the efforts our Government has made in trying to reach you.

On December 7 my office called and E-Mailed both you and the band office to extend an offer to have Kenora MP Greg Rickford visit Attawapiskat on December 12 or 13 to ensure your community has what it needs for winter. We did not receive a response.

On December 11, I indicated publicly, through the media, my willingness to meet with you or speak to you. On December 13, my office again reached out to the band office seeking another number where you might be reached. Unfortunately, the band office declined to provide a number. I attempted to contact you that day on your cell phone and via your home number. I followed up by sending you a letter that day, reiterating my offer to meet with or speak to you. I did not receive a response.

I tried again to reach you by phone on Dec. 18 but was unable to reach you. I followed this up with another letter on Dec. 23 in which I outlined our Government’s commitment to engaging in discussions with First Nations leaders on the treaty relationship.

Yesterday, Dec. 24, Senator Brazeau attempted to meet with you on Victoria Island but was turned away by your representatives.

It is unfortunate that you are unwilling to speak with me about the issues you have raised publicly. As I indicated in my Dec. 23, 2012 letter to you, we are prepared to establish a joint working group which would consist of senior federal and First Nation representatives, and would serve as a forum for clarifying the treaty relationship and exploring ways of addressing First Nations’ constitutional rights. The working group reflects Prime Minister Harper’s commitment to building on the shared priorities outlined in the Crown-First Nations Gathering Outcome Statement.

I remain concerned about your health and hope that you will accept my offer to speak about how we might move forward with improving the treaty relationship. I remain available to speak by phone so that we may arrange a meeting to discuss these issues.

Under The Northern Sky: ‘Meegwetch To Our Wonderful Elders’