Home Entertainment Manitoba Aboriginal Entertainers off to the Big Apple

National Museum of the American Indian

“First Nation, Inuit, and Metis artists are releasing a lot of really great music in Canada and we’re excited to be working with the Canada Council for the Arts on a project that helps them access new markets,” says Sara Stasiuk, Executive Director of Manitoba Music.

“APAP provides a great chance for Don Amero, Elisapie, and Digging Roots to connect with presenters from around the world and the support of the National Museum of the American Indian should help them make a big splash in New York City.”

The showcase is part of the Aboriginal Music Program’s market development initiatives, which promote Manitoba’s wealth of Aboriginal talent on the national stage. Through events like these, Manitoba Music is able to increase the level of awareness and connectedness between our province’s music industry and the broader national and international industry, which is vital to the career advancement of Manitoba’s Aboriginal artists and industry professionals.

The Aboriginal Music Program is made possible by the generous support of the Government of Canada, the Province of Manitoba, FACTOR, and Manitoba Film & Music.

Don Amero from Winnipeg, Manitoba, is one of the hardest working independent musicians in showbiz today. Since leaving his job as a hardwood flooring installer five years ago to pursue music, the singer/songwriter has toured coast-to-coast, headlined concerts, presented at festivals, performed with the symphony, and played national television.

Heart On My Sleeve is Don’s fourth album, a self-produced labour of love, and his most personal album to date. Heart On My Sleeve was released in October 2012 at an “intimate and international” house concert streamed live on APTN.ca.

Don Amero captivates audiences of all ages with his powerful melodious vocals, percussion-style guitar play, and engaging storytelling. He is often called upon as a keynote speaker, and to deliver workshops for youth. His story inspires, and his message is one of encouragement, positivity and beauty. He continues to impress wherever he goes. www.donamero.com 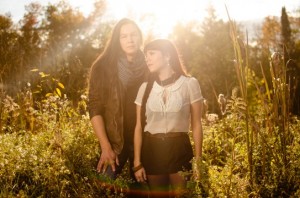 Digging Roots is a genre-blurring indy band from Toronto, Ontario, who seem to have found the right balance of fairytale style good fortune, old fashion hard work and the rare creative chemistry to make a go of it.

Frontman and frontwoman respectively, Raven Kanatakta and ShoShona Kish, met before an audition for a spot at a big festival when they were both still students. Until then, they were playing small cafes and open mics, in between studying for exams. They won their first gig after their chance meeting that day and haven’t looked back. The duo started writing songs and playing the odd show as a duo when music manager Derek Andrews approached them in 2005, the same year they signed a record deal, put together a band and started touring. Digging Roots was born.

[pullquote] Digging Roots is a genre-blurring indy band from Toronto, Ontario, who seem to have found the right balance of fairytale style good fortune, old fashion hard work and the rare creative chemistry to make a go of it [/pullquote]

The following year they released their debut album to a host of critical success and awards. Since then they have just kept going, touring and building a loyal underground following with a reputation for stylistically playing between the lines.

Starr, DJ Bear Witness and avant-garde Inuk throat singer Tanya Tagaq. The album delved into a unique mix of blues, alternative, hip-hop and reggae with folk undertones that went on to win international critical acclaim and a number of awards including a 2010 JUNO Award.

After three years of heavy touring in the cities and remote corners of Canada, the US, Europe, Mexico and Australia (including the Canadian and Norwegian Arctic), Digging Roots is ready to release their newest album project Love Drive. www.diggingrootsmusic.com 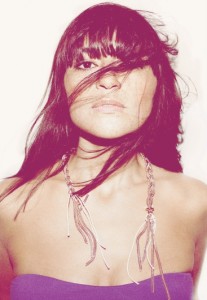 Elisapie launched her first solo album There Will Be Stars in September of 2009, and has since toured all over Quebec, across Canada, and overseas. Her album was launched in the United States under EMI distribution. Three years down the road, she has already sold over 25,000 albums. Now, with stories and adventures fully loaded, she is about to give birth to her second album.

Elisapie has been in a creative process for her upcoming album since the beginning of 2012. For this new creation, she brought on multiple successful collaborators such as Brad Barr (Barr Brothers), Eloi Painchaud (Jorane, Antoine Gratton, Okoumé) and François Lafontaine (Karkwa). The songs are interpreted in three languages; English, French, and Inuktitut.

Elisapie’s Inuk roots are undeniably an important basis of the creating process. Influenced by artists such as Lykke Li, Bob Dylan, Neil Young, and Leonard Cohen, Elisapie is presently composing pieces that have a more folky-pop artistic direction with a soft electro twist to them. The involvement of her whole team definitely brings strength to the current conception process. Sometimes full of joy, sometimes lined with melancholy, at times pop, at times folk, at times sung poems from the North – is it Polar pop? Arctic Electric New cool?

Elisapie Isaac was born of an Inuk mother and a Newfoundland father. She was adopted at birth by an Inuit family and raised in the isolated community Salluit, Nunavik – the Great North. Passing through her lips, Inuktitut sounds like the most beautiful language in the world.

For Elisapie, the North is not at the top of the world, it’s at the center of her world. “My grandfather used to say that to avoid getting lost,” Isaac says. “You always have to look where you’ve come from.” Elisapie’s work looks to where she has come from. And the here and now. www.elisapie.com

ABOUT MANITOBA MUSIC: Manitoba Music is the hub of Manitoba’s vibrant music community. A member-based, not-for-profit industry association, it represents over 700 members in all facets of the music industry, including artists and bands, agents and managers, venues and promoters, studios and producers, and beyond in every genre. Through its programs and services, Manitoba Music provides information, education and industry development opportunities to nurture, develop, and promote the growth and sustainability of the Manitoba music industry. Manitoba Music’s programs and services are made possible by the generous support of the Government of Canada, the Province of Manitoba, FACTOR, Manitoba Film & Music, and members of the music industry of Manitoba.