Home Anishinaabe The growing issue of missing and murdered women and girls is nothing...

THUNDER BAY – “We extend our heartfelt condolences to CJ’s Mom, Dad, her family and to her many, many friends,” said Grand Chief Stewart Phillip, President of the Union of BC Indian Chiefs. “Another family, another community suffers an inconsolable loss. It must be said, the growing issue of missing and murdered women and girls is nothing short of a national disgrace and it is clear Canada has failed to meet its international legal obligations to respect, protect and fulfill the fundamental human rights of indigenous women. We implore James Anaya, United Nations Special Rapporteur on the Rights of Indigenous Peoples, to come to our communities to investigate and to listen to the many families who have lost their loved one.”

Together with parents of Summer Star Elizabeth Krista-Lee Fowler, Assembly of First Nations (AFN) National Chief Shawn A-in-chut Atleo and other First Nation leaders today continued calls for a commitment by the federal government for a National Public Commission of Inquiry on Missing and Murdered Indigenous women and girls.

“The tragic death of Summer Star Elizabeth Krista-Lee Fowler has triggered an overwhelmingly painful reminder in all of our communities.  We must all commit including all governments to address the root causes of such tragedies so that our peoples can achieve the safety and security required and deserved,” said AFN National Chief Shawn Atleo speaking today from a press conference in Vancouver.

“First Nations have committed to ending violence against and among our peoples, we have called for a National Public Commission of Inquiry on Missing and Murdered Indigenous women and girls, and we will not rest until this is achieved,” said National Chief Atleo. “How many more lives must be lost, how many more families must be devastated before we see action from government to work together with us to ensure our peoples are safe.”

“In the depth of our grief for our beloved daughter, we are comforted in the support of our leaders, for continuing to take this message forward and to advocate on behalf of us and the other families impacted by such tragedies,” said Matilda Fowler today in Vancouver.

AFN BC Regional Chief Jody Wilson-Raybould, Grand Chief Ed John of the First Nations Summit and Grand Chief Stewart Phillip from and Union of BC Indian Chiefs and other leadership joined in support and to reiterate the immediate and urgent need for action to end violence.

“Far too many First Nation women and girls find themselves in vulnerable situations and lose their lives,” said AFN BC Regional Chief Jody Wilson-Raybould.  “We must do better as a society.  We must work together to address the root causes of a system that allows this to continue to happen without action for justice or prevention.”

“The murder of CJ Morningstar Fowler is a terrible tragedy. It is yet another horrific example of violence against women, and in particular, Aboriginal women. The unfortunate statistics show that Aboriginal women in Canada are at approximately 3.5 times higher risk of being the subject of violence. This is unacceptable”, said Grand Chief Edward John of the FNS political executive and Chair of the UN Permanent Forum on Indigenous Issues (UNPFII).

“A disproportionate number of Aboriginal women and girls have suffered violence, or worse, have been murdered or have gone missing over the past two or three decades. It is imperative for the federal government to establish a national public inquiry into missing and murdered aboriginal women and girls as a necessary step in stopping the violence.  As Article 22 of the UN Declaration on the Rights of Indigenous Peoples states, we must all work together in unity to ensure that indigenous women and children enjoy the full protection and guarantees against all forms of violence and discrimination”, added Grand Chief John.

The press conference, held during the First Nations Summit taking place in Vancouver this week follows a national Assembly of First Nation leaders in Gatineau, QC last week where Chiefs reiterated calls for a National Public Commission of Inquiry on missing and murdered Indigenous women and girls.

The calls for an independent National Public Commission of Inquiry on missing and murdered Indigenous women have been strongly made by First Nation leadership over many years.  Such an Inquiry would include hearings, a review of police policies and procedures in regard to searches, investigations and communication between police, officials and families, and the examination of the socio-cultural and socio-economic risk factors associated with Indigenous women and girls. 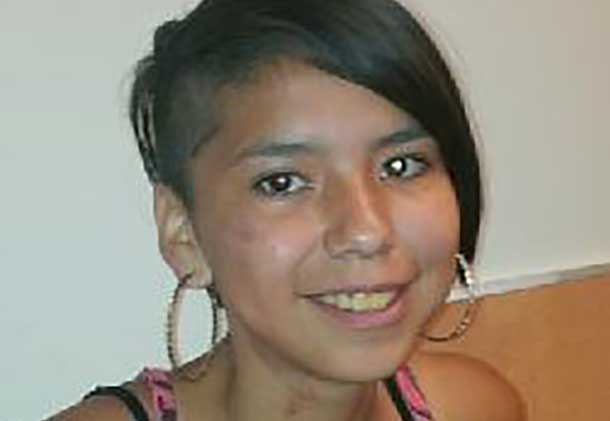