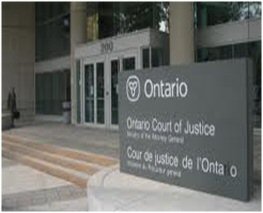 THUNDER BAY – The Ontario Government appears solidly in the middle when it comes to mining in Ontario. First Nations are calling on the government to follow treaties and consult, mining companies are saying that the government is consulting.

Solid Gold Resources Corp. (TSX VENTURE:SLD) is reporting “On January 25, 2013, the Divisional Court of Ontario will hear an Appeal to set aside the order of the Honourable Madam Justice Brown made on January 3, 2012.

“The Company will argue that the motions judge erred in finding that Solid Gold had a duty to consult the Wahgoshig First Nation (“FN”).

“The Appeal is following up a successful Motion for Leave to Appeal where on September 4, 2012 the Court wrote: ‘I see no basis in the facts of this case for an imposition of a duty to consult on Solid Gold. If the Crown wishes to delegate operational aspects of its duty it must establish a legislative or regulatory scheme. The mining act does not presently contain such a scheme’.

Solid Gold states, “The Appeal seeks to set aside the Order of Madam Justice Brown and to obtain an order for costs of the Appeal and costs of the earlier motions payable to Solid Gold”.

Solid continues to call upon the Ontario government to declare that it has met its constitutional duty to consult and accommodate FN where required.