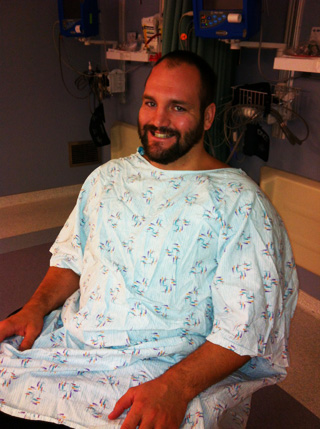 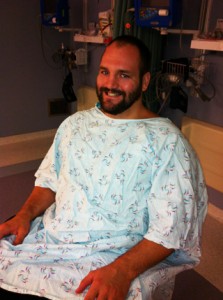 OTTAWA – Healthbeat – Last week NetNewsLedger reported on my long and difficult journey to get the opportunity to begin my current Hep C treatment.  Incivek Triple Therapy is still in the experimental phase in patients with my genotype (type 2).  I am fortunate to be one of the first in Canada of my genotype to attempt the regime.   In addition to the video episodes Seriocity Productions is releasing on my treatment’s process to help raise awareness about Hep C.

I am going to be writing weekly reports on what I’ve been personally experiencing on treatment.  Getting this story out to the public can be a tool for patients who want to know what treatment is like before they go on.   As more people know how dangerous this disease is, it will help prevent this horrible disease from growing any further.  Hep C kills more people than AIDS and is the number one reason for liver transplants in the US.  It is becoming a silent epidemic.   Right now Hep C is not part of regular physical blood tests.  Unless you specifically ask to be tested for it, it could be decades before you find out you have it.

I started out week two of my twenty four week treatment on a positive note.   I took the first week of my treatment off from work as I knew it would be a shock to my system and I thought that being able to sleep all day would be an advantage going on to these powerful meds.  The side effects weren’t too bad that week, the most traumatic was the fever and chills I experienced after taking the first Interferon shot Monday afternoon on the 15th.  The rest of the week I had problems with my stomach, lack of appetite, taste disturbances, hot flashes and skin itching.  I was in a good mood overall and ready to tackle week 2.

Week 2 began with the first of my weekly and bi weekly blood work tests to monitor my blood cell and bone marrow counts.  These counts normally go down significantly in Hep C patients during treatment which can cause serious consequences.  As the week progressed my stomach began to feel increasingly sick.  It got to the point that other than the three 20 grams of fat meals I must take with my Invicek medication every 8 hours I had no appetite for anything at all.  It was a huge task just to get those meals down.  Along with less appetite came less energy and a dizzy spells.  Being back to working my full schedule this week did not add to the fun as I was not able to get restful night’s sleep.   I found that after 3 hours of lying in bed I was up and not able to fall back to sleep no matter how hard I tried for the first half of week 2.  This was something that plagued me throughout my first treatment that ended up being unsuccessful despite suffering a long list of ghastly complications (my current treatment will be longer, include new medication and higher doses of old medication).

By Thursday the 25th I began to notice that my rear end hurt when I sat down and I was getting pain during bowel movements.  I saw my family doctor on Friday the 25th where I had to undergo the humiliation of a full rectal exam for the first time in my life so the doctor could see what was going on.  One of the side effects of Incivek can be hemorrhoids; I was frightened I had developed them.  Luckily the doctor told me at this point all she could see was irritation.  She prescribed me some cream and after a few days of using it I began to feel a huge difference and there is much less pain there now.

The doctor also prescribed me some medication that was supposed to help me sleep.  One of the side effects of the Hep C medications is insomnia.  As your body needs rest during treatment to fight all of the associated side effects sleep is highly important.  Unfortunately the sleep medication the doctor prescribed me that Friday did not have any effect on my sleep.  All it did was make me dizzy, tired and make my stomach hurt even more.  For the rest of the weekend I was not able to sleep more than a few hours.  Not being able to sleep is a form of torture.  As the week of the 22nd came to a close I was looking forward to a few days off work and the possibility of seeing the doctor again next week to get on some effective sleep medication.

Until next week the battle rages on,

(Editors Note:  Devon “Hannibal” Nicholson is a former National Champion Amateur Wrestler and actor who had a 10 year career as a pro wrestler.  Nicholson retired from pro wrestling shortly after his WWE contract was rescinded due to his Hep C.)

Week One: Devon Nicholson Begins Treatment that could cure his Hep C