THUNDER BAY – The need for greater engagement with the Aboriginal community in Canada continues to gain support. The Canadian Bar Association (CBA) is urging the federal Department of Justice to work with Aboriginal communities to plan a national inquiry into the underlying issues surrounding murdered and missing Aboriginal women.

“Under the rule of law all Canadians – including Aboriginal women – are guaranteed equal benefit of the law and equal protection under the law,” says Aimée Craft, chair of the CBA’s National Aboriginal Law Section. “It is our hope that a national inquiry will focus on practical solutions that will help break the intergenerational cycles of violence that are so destructive to Aboriginal women.”

“We are calling on the government to implement specific measures that would address the persistent violence, inequality and human rights violations endured by Aboriginal women,” added Aimée Craft.

In a letter to federal Justice Minister Rob Nicholson, the CBA explains its reasons for a national inquiry:

• Aboriginal women have disproportionately suffered the impact of violence and are over-represented among missing and murdered women in Canada;

• There is a long history of discriminatory application of the law to Aboriginal people (See the Aboriginal Justice Inquiry of Manitoba and the Royal Commission on Aboriginal Peoples);

• Canada is not meeting its international obligations to protect Aboriginal women;

• Inaction and the lack of sufficient government resources to address violence against Aboriginal women compounds the detrimental effects left by the legacy of residential schools and the over-incarceration of Aboriginal people.

A spokesperson with the federal of Justice & Attorney General of Canada  shares, “Our Government attaches great importance to the issue of missing and murdered Aboriginal women and have put forward a plan to address this issue. We have invested $25M over five years to give new tools to law enforcement, improve the justice system and victims services. Funding is being provided directly to Aboriginal communities and organizations for awareness programs, community safety plans, and to better support victims and their families. This week, the Department of Justice released a compendium on its website which serves as a directory of promising practices to help Aboriginal Communities (as well as law enforcement and justice partners) to find innovative ways to reduce violence and increase community safety. This is an opportunity for First Nations communities to see what others are doing and to share information”.

I have no clue – Sandi Boucher 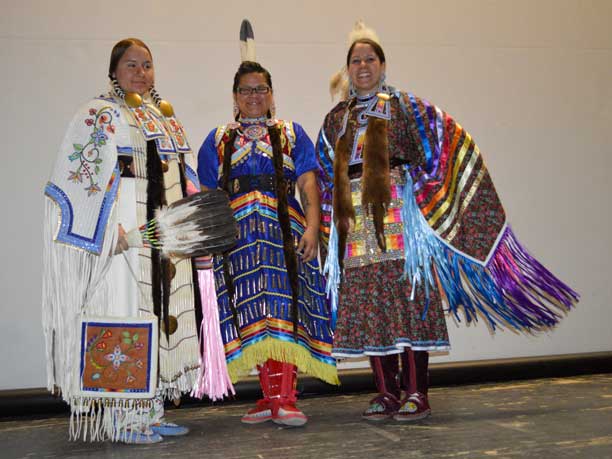