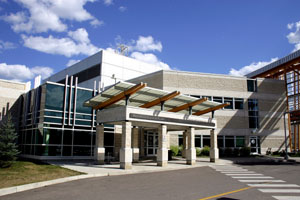 THUNDER BAY – The Thunder Bay Regional Health Sciences Centre shares, “It is with sadness that we announce the passing of Michael Antcliffe on Saturday, August 18, 2012”.

Michael was an inspirational leader whose ‘I Owe Michael Antcliffe $10’ campaign raised more than $14,000 at the time of his passing for the Northern Cancer Fund of the Thunder Bay Regional Health Sciences Foundation.

Michael was diagnosed with malignant melanoma over four years ago. In the Spring of 2011 he launched his unique friend- and fund-raising campaign through Facebook; ‘I Owe Michael Antcliffe $10’. The campaign has encouraged people to become Michael’s friend on Facebook – for this honour he asked his new friends to donate $10 to the Northern Cancer Fund.

Having the support of friends, both locally, and around the world meant everything to Michael.

When he looked at his life, he judged its value not by the money he’d made or the success he’d achieved, but by the relationships he’d build with the people he cared for the most.

Michael inspired many people by the story of his cancer journey. So many, in fact, that, at the time of his passing, he had close to 5000 friends on Facebook – each with the promise to honour his request to donate $10.

“He sought the positive in all situations and reminded us of the importance to hug one another,” a Facebook friend post states. Another said, “You have blessed so many hearts with your strength and courage, mine as well.”

Michael’s goal was for his friends to help his raise funds to help provide care and comfort for others in his position.

All donations from ‘I Owe Michael Antcliffe $10’ support the Northern Cancer Fund of the Thunder Bay Regional Health Sciences Foundation and remain in Northwestern Ontario to advance care for cancer patients.

“Michael was a special person – the kind you meet once-in-a-lifetime. His inspirational spirit has moved our community and will continue to do so” said Glenn Craig, President and CEO, Thunder Bay Regional Health Sciences Foundation. “Even as he walked his own cancer journey, his focus was on the cancer patients that would come after him. His efforts were entirely selfless and will benefit others who find themselves facing this devastating disease.”

Donations can still be made through Canada Helps at www.canadahelps.org. Visit ‘Giving Pages’ on the right hand side and search for Michael Antcliffe. Or donate through your mobile phone by texting HOPE to 20222. Your $10 donation will be applied to your next cell phone bill, with no additional costs or surcharges.

Before his passing, Michael said, “Walk with me a few steps and volunteer to have a friend who is taken by cancer. If this works, I will have truly found a way to be rich in friends. The more friends I get, the more comfort and peace we all can take part in providing. I promise to update you from this day to my last.”

Michael was truly an inspiration to us all. He lived life to its fullest and we say ‘thank you’ for showing us the true power of friendship.