Home Politics Letter to John Duncan – Why did you kill 30 Badly-Needed Houses... 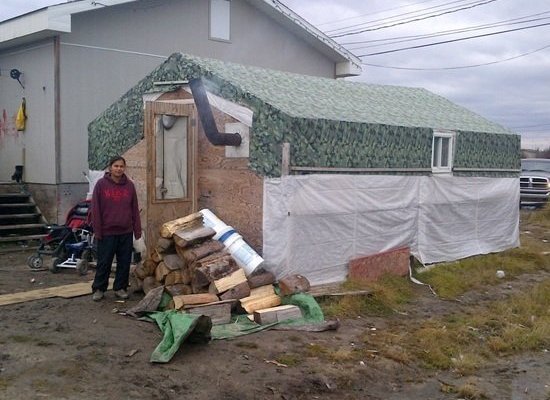 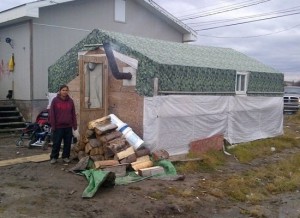 OTTAWA – Leaders Ledger – Federal Minister of Aboriginal Affairs, John Duncan did not sign off on a plan to put thirty new homes in Attawapiskat. Timmins James Bay MP Charlie Angus and Jean Crowder, the MP for Nanaimo-Cowichan have released an open letter to the Minister.

It has been over a week since the Federal Court determined your department’s decision to appoint a Third Party Manager in Attawapiskat last November was “unreasonable” and resulted from a failure to consider “more reasonable, more responsive, or less invasive remedies available.” In the days after this very clear ruling, you said you needed to spend more time thinking about the implications. We have decided to reach out to you to suggest concrete ways of mending the broken relationship in Attawapiskat. If you showed leadership, Attawapiskat could be a test case towards finding long-term sustainable solutions for northern First Nations.

At the outset, let’s deal with the key finding in the ruling by Justice Michael Phelan that Aboriginal Affairs and Northern Development Canada failed to understand the real problem in Attawapiskat, which was a lack of resources and equipment, not a problem of financial mismanagement.

To this end, we are disturbed that in the days following the court decision (August 2nd) you refused to provide a ministerial guarantee to support a plan that had been approved by Canada Mortgage and Housing Corporation to build 30 new duplexes in Attawapiskat through rents established at market rates. Since Attawapiskat has never defaulted on a housing loan it is not surprising that CHMC was willing to partner with the community.

Thirty new units would have gone a long way towards alleviating the serious levels of overcrowding in the community. As the band had already been approved by CMHC, your role was simply to sign a ministerial guarantee. This was not a hand-out but a forward-looking plan that to provide safe housing for families who are living in very precarious conditions.

It would be disturbing to think that this refusal to sign off on a credible funding arrangement for new housing may have been part of the ongoing punishment of the community for having spoken up about the dire housing conditions last November. Such a move would only further underline the sense of broken trust between your department and northern First Nations. Last week, Postmedia published an article revealing that your department is now dealing with “Attawapiskat Syndrome” among communities who fear that annual water inspections will be used to impose Third Party Managers on their communities.

To this end, we would like to suggest concrete steps that will help end the suspicion with which you are being viewed by many communities. No doubt, you will recognize many of these ideas as ones brought forward in the media by independent experts who spoke out during the mismanagement of the Attawapiskat housing crisis:

Reimburse the community for the costs of the Third Party Manager. The imposition of the TPM was a political decision recognized by the Federal Court as an unreasonable burden for an already impoverished community.

Appoint a team to work directly with the community on implementing the Comprehensive Community Plan, created with the input of band members, to establish long term sustainability.

Set up meetings with provincial officials in order to transfer the land needed for an adequate land base to establish a new subdivision in the community.

Establish a planning team with architects and technical teams to make Attawapiskat a model for developing sustainable and cost-effective housing suited to the climate of the far north.

Immediately start work with the community on a new finance plan through CMHC to provide the opportunity for community-financed housing.

These steps will go a long way towards restoring the trust that your department lost through its handling of the Attawapiskat crisis. We all have a responsibility to ensure that the families in this community are given the chance at a safer and more sustainable life. If together we are willing to learn lessons from the crisis of the past winter, Canada will be a better place.