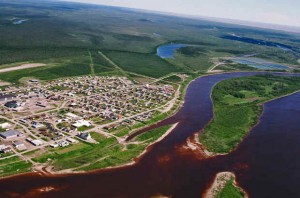 ATTAWAPISKAT – The next steps for Attawapiskat include continuing court action against the Government of Canada over the decision by the Harper Government to put the community under third party management. The Chief and Council are seeking to clear up the misunderstandings that this move created. “My Council is very pleased that it will once again be able to ensure that what funding is provided by Canada is administered in a way that benefits the First Nation and its members”, said Chief Theresa Spence. “We have instructed our administrators and co-manager to work to ensure an orderly and timely transition.”

In a media statement, Attawapiskat states, “Earlier on April 5, 2012, press outlets first reported on the Third Party Manager’s failure to ensure the payment of post-secondary student allowances for April, during the intensive examination period. According to press reports, students attempting to reach Mr. Marion for information were told that he was vacationing in Hawaii and could not be reached”.

Chief Spense states, “Contrary to recent public statements by the Minister and Departmental officials, the Third Party Manager’s decisions since his appointment have caused repeated disruptions and hardships to the orderly functioning of basic community services. The failure to pay post-secondary allowances to students at a critical time in their studies was simply the latest in a series of failures by the Third Party Manager to administer the First Nation’s funding responsibly” said Chief Spence, pointing to examples including:

Vendors and suppliers’ invoices have been left unpaid, including the vendor supplying food for the elementary school’s breakfast program.

Band support funding was not paid to Attawapiskat after December 1, 2011, forcing the community to divert resources from other program areas in order to continue to operate.

Because of the Third Party Manager’s refusal to authorize the making of loan payments to the Bank of Montreal, the First Nation was placed on the brink of defaulting on a loan to be repaid from its Minor Capital Funding allowance, through no fault of its own.

Attawapiskat First Nation was advised by letter on April 5, 2012 that Canada has decided to withdraw Third-Party Manager Jacques Marion, on or before April 19, 2012. When Mr. Marion was appointed, without notice or consultation, on November 30, 2011, Prime Minister Stephen Harper pointed to unspecified “management problems” in the community to justify the appointment.

Chief Spence has written to the Department of Aboriginal Affairs and Northern Development seeking confirmation that immediate steps will be taken, before April 19th, to ensure that no further damage is done to the First Nation and its members during the transition period.

“In the meantime, Attawapiskat’s court proceedings remain in progress. The proceedings seek a declaration that the decision to impose the Third-Party Manager was unlawful, and seek to refute the suggestion by the Prime Minister of Canada that ‘management problems’ caused the housing crisis suffered by the First Nation.