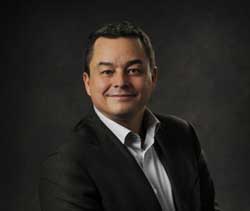 THUNDER BAY – The passage of the Official Opposition Motion on Aboriginal Education in the House of Commons last night is drawing praise from Aboriginal leaders. Assembly of First Nations (AFN) National Chief Shawn A-in-chut Atleo today recognized the importance of the adoption of a Parliamentary motion supporting First Nations education.

“First Nations leaders, educators and our inspiring young leaders like Shannen Koostachin have made a clear and compelling case for investing in First Nation education. Our kids deserve good schools – schools that nurture them in their languages and cultures and schools that create the opportunity for success. The support of all Parliamentarians is a key next step and a solid indication that we are on the right path forward.

“We now look for action and commitment to implement this motion including investment. We will look to all of Parliament to uphold today’s commitment.

As recent reports confirm, we must build and support First Nation education systems with stable funding. This is something that must happen.” said National Chief Atleo.

Nishnawbe Aski Nation (NAN) Deputy Grand Chief Terry Waboose applauded the ‘Shannen`s Dream’ motion. “Countless people have been inspired by this remarkable young leader, whose dream of attending what she called a ‘real school’ led her from this remote Cree community all the way to Ottawa to fight for a better education, and a better future for her fellow students,” said Deputy Grand Chief Terry Waboose, who holds the NAN education portfolio. “It is fitting that a motion supporting the rights of First Nations to quality education is named in honour of Shannen, who through her all-too short life has left a lasting legacy from her fight against the federal government for something every other Canadian child has the right to – a quality education.”

Motion 202 was first introduced in 2010 by NDP MP Charlie Angus (Timmins-James Bay) and calls on the federal government to affirm that First Nations children have equal rights to high quality, culturally-relevant education, and for the government to increase funding for on-reserve schools and implement policies to make First Nation education equal in quality to provincial school systems.

Attawapiskat First Nation, a remote community on the James Bay coast, fought for a new school for 10 years after the closure of J.R. Nakogee Elementary School in 2000 due to soil contamination from a fuel spill on the school ground. Shannen and her Grade 8 classmates garnered national attention in 2008 for challenging then-Minister of Indian and Northern Affairs Canada Chuck Strahl over his refusal to honour a federal commitment to build a new school.

Shannen was nominated as an inspiring young leader for the International Children’s Peace Prize on behalf of the children of Attawapiskat by the First Nations Child and Family Caring Society of Canada. Tragically, Shannen died in a motor vehicle accident in May 2010 at 15 years of age.

Former Attawapiskat Chief Theresa Okimaw-Hall stated, “After one hundred years of neglect on Indian rights to education. It means our next fight is to ensure that our youth receive equal education that are in par with provincial education dollars”.

“Education is a basic right for every child in Canada. And while people across Canada have been inspired by Shannen and the children of Attawapiskat, it is Canada’s shame that First Nation children have been forced to fight for a quality education,” said Waboose. “We are honoured to keep Shannen’s Dream alive, because while a new school will ultimately be built in Attawapiskat, far too many First Nation students are still being denied their right to a quality education in safe, healthy, and properly equipped school facilities.”

The motion, put forward by the NDP and supported by all Parliamentarians declares that all First Nation children have an equal right to high quality culturally-relevant education. It also commits Parliament to providing the necessary financial and policy supports for First Nations education systems on par with non-reserve provincial schools and working collaboratively with First Nations and other jurisdictions to ensure implementation.

Call to Action on Education issued by First Nations

Shannen’s Dream is now a powerful movement, led by children and for children – Chelsea Jane Edwards