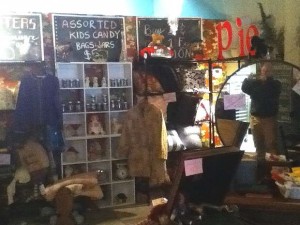 THUNDER BAY -Editorial – The warm smiles from helpful people running many of Thunder Bay’s small independent businesses demonstrate what really is the heart of Thunder Bay. A short tour in the Bay/Algoma and downtown Port Arthur downtown core is to see that the heart of the city remains its downtown.

Why you ask the Port Arthur downtown core? Simply because that is what is was, and is. We have kept the names of Current River, Westfort, and many others in our city. Thunder Bay in remembering our history and embracing our future can’t leave our two founding cities behind in my view. I digress.

Starting with a late breakfast at Ruby Moon, owner Lori Paras and her staff showcased tasty food and a neat nook of antiques, curios, and gently used sweaters. There are hand knitted sweaters for sale from $20, likely less than the cost of the wool. Wow!

There are many shops along Court Street that feature interesting wares. Taking the time to explore them is to see things you just don’t see in the big box shops that often for some reason attract greater crowds. 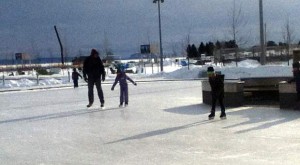 Next stop, down to the Marina Park to wander off a little of the breakfast with a walk. Despite the chilly weather, there is a good crowd of skaters on the rink, and an equally enthusiastic crowd of people enjoying a tasty Van Houtte coffee as they sat and shared time talking and visiting. There are certainly some valid concerns as the park moves forward, in its redevelopment, having deadlines on the hotelier coming and passing over the past 15 months is not the best way for the City to inspire confidence in the entire project. But it would be wrong to try to paint the project as anything but a success so far.

The park is even home this winter to a small flock of Robins, at least nine of these “first sign of spring” red breasted winged friends were at the park on Saturday afternoon. 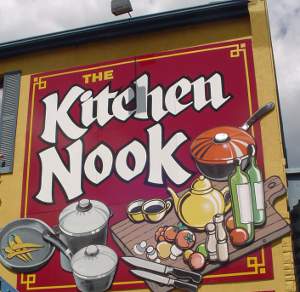 Next it was down to the Bay Algoma District. Richard at The Kitchen Nook was, as always helpful and able to do what so many local successful shop owners do. Instead of simply being asked “Can I help you?”, Richard was attentive enough to note when you were looking at something, to then share information that can help to make a purchase decision. That is the big contrast from most small business owners. Their goal as business owners is building customers, including ensuring you remain a repeat customer. While The Kitchen Nook will be closed for the next two weeks, for holidays, when they return get set for their next set of Food Enjoyment Classes in the kitchen upstairs.

Stops to tour the Scandinavian Deli, Caesar Squitti’s Squitti’s Gift Shop, and Diane Petryna’s Take a Hike is to see that the Bay and Algoma District is thriving.

Across the city, as things in our big pair of towns continue to evolve and grow, it is hard to miss some of the serious changes ongoing. Over the coming weeks, NetNewsledger.com will be featuring Sunday reviews of some of the growing changes in our city and region. The spirit of the Sleeping Giant is alive, well and waking up in Thunder Bay.