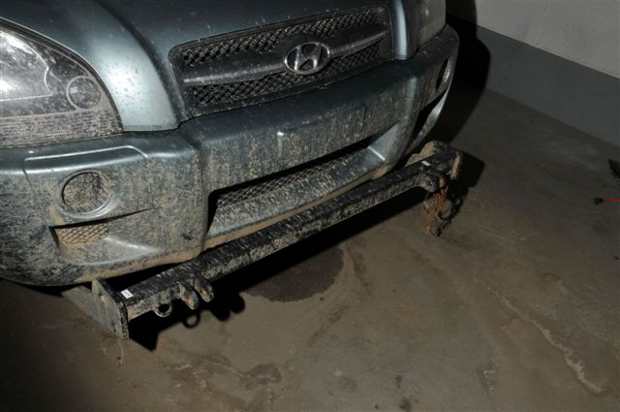 ST ALBERT – Crimebeat – The Royal Canadian Mounted Police are continuing their investigation into the disappearance of an Alberta couple. RCMP report that they continue to make progress in this investigation. There are a minimum of six officers working on the case at any given time, however this number increases, as dictated by the investigation. This investigation is complex and large in scope. There have been over 2040 tips received, over 845 investigational tasks and over 2460 documents associated to the case.

Marie Ann McCann, 77, and Lyle Thomas McCann, 78, who were reported missing by their family on July 10, 2010. The RCMP began an investigation at that time which unfortunately to date has been unsuccessful in locating them. They were last seen on a surveillance camera purchasing gas in St. Albert on July 3, 2010.

On July 5th 2010, a 1999 motor home was found burned near Edson. RCMP and Edson Fire Dept. attended and at that time the investigation focused on identifying and contacting the vehicle owners. This was unsuccessful.

On July 10 2010, family members reported that the McCanns had failed to arrive at a pre-arranged meeting in B.C., and that the family had not been in contact with them since July 3, 2010.

The RCMP continue to investigate the McCann Case. At this time, the RCMP is requesting the public’s assistance on a specific detail in the investigation. RCMP is looking for anyone who may have done welding modification to a tow bar of an A-Frame towing assembly which was utilized on the McCann’s 1999 Gulf Stream Voyager RV to tow a 2006 Hyundai Tucson.

Background: Prior to 2006 Lyle Thomas McCann had a tow bar assembly mounted to the front of his white, 1988 Dodge Ram 50 pickup truck. This assembly attached to a towing A-Frame at two points. The A-Frame could then be attached to the trailer hitch on Lyle McCann’s 1999 green and white Gulf Stream Voyager RV. On March 31, 2006 Lyle McCann purchased a light green 2006 Hyundai Tucson. At some point, the tow bar assembly was taken off of the Dodge Ram 50 pickup truck, modified by an unknown welder or hitch company, and then re-installed on Lyle McCann’s 2006 Hyundai Tucson. Due to the differences in the frame width it is believed that the tow assembly was altered to fit the Hyundai.

RCMP have attempted to identify the person (s) who may have modified the tow bar assembly through investigation, however efforts to date have been unsuccessful.

RCMP would like the public’s assistance in this matter. RCMP are attempting to identify person (s) who may have modified the tow bar assembly in 2006. It is believed that this modification was completed in the Edmonton area. Anyone who may have information on the modification of the tow bar is asked to contact the St. Albert RCMP at 780-458-4300 or Crime Stoppers at 1-800-222-8477 (TIPS).