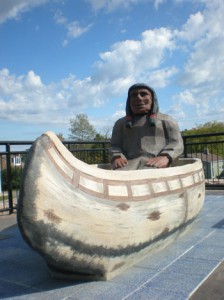 THUNDER BAY – Moving forward into the future is always something that generates fear. In Northern Ontario, our traditional economy has been in primary resources. When the crisis in the forestry sector started, communities across our region were impacted. Mills closed, people were laid off, and communities and families have all been impacted.

The impact has not just been on the workers, but on management staff as well. The sad news from Terrace Bay that the mill, impacted by a tragic explosion last fall, is closed and likely going up for sale, is just the latest setback for the forestry sector.

The significant shift to a knowledge-based economy is continuing to make an impact, but politically there is still seemingly a political mindset that forestry is still king. There has been enormous amounts of resources invested by the Ontario government in grants, loan guarantees and other support to get things moving in the forest sector.

On February 2007, in Nipigon, the Multiply Forest Products mill burnt to the ground. Fighting the fire almost drained the town’s water resevoir. The mill, which had recently been purchased by the employees was Nipigon’s major employer. At the time, there were discussions of rebuilding. That has not happened. Nipigon has survived because the community has taken a view more toward the future than attempting to hang onto its past.

In Nipigon, just a few months earlier, the town’s largest employer, the Norampac mill in Red Rock, had closed its doors.

Nipigon Mayor Richard Harvey states, “Accepting that the mill was not going to reopen was difficult for the community. But in the community we had already accepted that forestry was not going to last forever. In the election that had taken place just months before the fire the new Mayor and council had campaigned on this very issue, that we as a community needed to begin diversifying our economy in preparation for the coming downturn in Forestry (We just didn’t expect it to come so fast.)”

“We also recognised that the only way to survive as a community was to look to the future not dwell on the past,” adds Harvey.

It is a move more communities in the north need to be doing.

We need to be asking ourselves, is the future in pulp and paper? Or as forestry evolves, should we be looking at the coming markets? There will, likely, always be a market somewhere in the world for newsprint, but overall it is a shrinking market. It is not a business of the future.

One of the factors is well outside of the control of our region, and out of control of Ontario’s political leaders. That is the subsidized paper industry in China.

The success rate on these investments is outweighed by the failures. A few years ago a business survey had Thunder Bay businesses saying that it is time to make a shift forward and start looking past forestry.

Thunder Bay has started on the path to making a shift in our economy. The move to a “knowledge-based economy” had started under Mayor Lynn Peterson’s first term. Long-time Liberal MP Joe Comuzzi refused to vote against a Conservative budget that had promised funds in it for the budding molecular medicine research sector in Thunder Bay. Comuzzi ended up being kicked out of the Liberal caucus by then leader Stephane Dion over that decision.

It took courage in Nipigon, and in Thunder Bay to make the decision to start changing the economy. It will likely take yet more courage and determination to continue that process.

It is a path more communities in our region should follow. 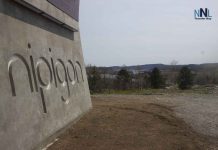 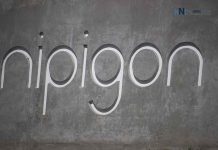 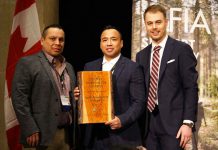